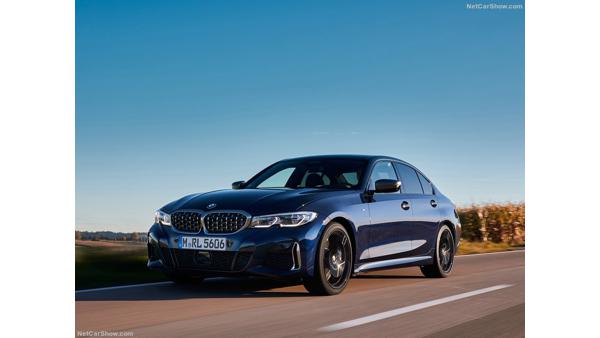 The BMW M340i will be launched in India on 10 March, 2021. The model will sit on top of the 3 Series range, and is the M-performance version of the regular 3 Series model.

Compared to the regular 3 Series, the new BMW M340i features mechanical changes in the form of M-specific components such as an exhaust system, brakes, and suspension. Exterior highlights of the model include LED headlamps and tail lights, chrome studded grille, redesigned front and rear bumpers, 19-inch alloy wheels, and a revised exhaust setup.

Inside, the 2021 BMW M340i will come equipped with a range of features such as the 10.25-inch touchscreen infotainment system, the latest iDrive system, ambient lighting, three-zone automatic climate control, front and rear parking sensors, and a fully digital instrument console.

Under the hood, the BMW M340i will be powered by a 3.0-litre, six-cylinder petrol engine that produces 368bhp and 500Nm of torque. This motor is paired to an eight-speed automatic transmission that channels the power to all four wheels via the xDrive all-wheel-drive system. The model can sprint from 0-100kmph in just 4.4 seconds.