BMW India, the domestic arm of German luxury automotive marque, is set to launch its 7 Series facelift model in the country today. The luxury saloon was unveiled during the special charity event- Jodhpur One World Retreat, held earlier in March 2013. The new BMW 7 Series would be available at all company’s dealerships from April 24, 2013. 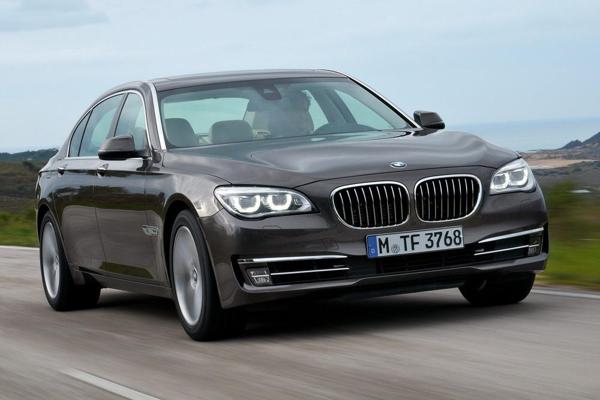 The 2013 BMW 7 Series model comes fitted with many additional features in its interiors, exteriors, comfort and safety attributes. The stunning model gets reworked front fascia with new kidney grille, fog lamps and an option of adaptive full LED headlamps. The tailgate has been revised as well and now flaunts a thick chrome strip spanning across the entire boot lid. On the interior front, BMW 7 Series facelift boasts of a reworked seating arrangement, which is more comfortable and stylish than the previous model.

The 7 Series revamp model comes with many high end trimmings in the equipment front. The luxury saloon gets revised digital display with dials in different colour options. There is also an option of a 10.25 inch LCD display for the BMW iDrive system and 3D navigation maps.

As per reports, the German auto maker could begin localised assembly operations of its 7 Series range at its Chennai-based manufacturing facility. The luxury sedan would come in both diesel and petrol options, each of them featuring an eight speed automatic transmission gearbox. At present, the BMW 7 Series range competes against Audi A8, Mercedes-Benz S-Class and Jaguar XF in the Indian luxury car market.