Lamborghini has revealed the Huracan Performante Spyder at the ongoing 2018 Geneva Motor Show. 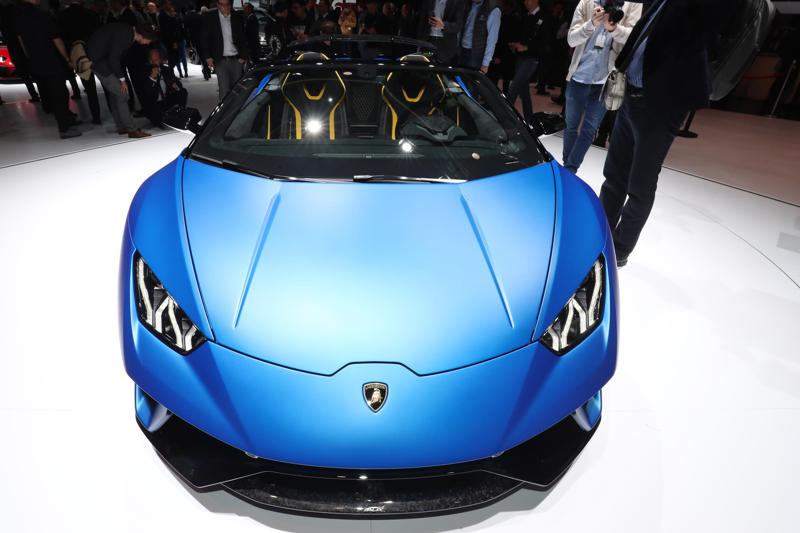 The new drop top Performante Spyder is powered by the same 5.2-litre naturally aspirated V10 punching out 640bhp at 8000rpm and a twisting force of 600Nm. The Spyder can do 0-100kmph in mere 3.1 seconds (just 0.2 seconds slower than the coupe). It is capable of doing a top speed of 325kmph. Lamborghini has managed to shave off 35 kilograms of weight compared to the standard Spyder tipping the scale at 1,507 kilograms. The Spyder boasts of a weight-to-power ratio of 2.35 kg/hp. The roof can be folded down at speeds of up to 50kmph and it takes 17 seconds to do so. Lamborghini has provided an integrated duct with fins with two removable wind guards to lower the noise and turbulence of the wind so the driver can enjoy the symphony of the mid-mounted V10 better. The standard features of the Perfomante Spyder include the four-wheel-steering (LDS), ANIMA driver-mode and the aggressive sports exhaust.

The Huracan Performante Spyder will GO on sale later this year with a price tag of EUR 219,585 in Europe. Lamborghini will promptly launch the new drop-top Performante in India as the Italian carmaker launched the Performante coupe in the country within months after its Geneva debut last year.