The iconic 1967 Ford Mustang GT500 model driven by Nicholas Cage in the 2000 blockbuster movie ‘Gone in 60 Seconds’ is set to go under the hammer in May this year. The Mustang called ‘Eleanor’ in the action flick, is to be auctioned at the Dana Mecum 26th Original Spring Classic Auction to be held in Indianapolis, United States between May 14 and19, 2013. The big American muscle car will be auctioned as Lot S135 and is expected to command bidding prices over $ 1, 00,000. 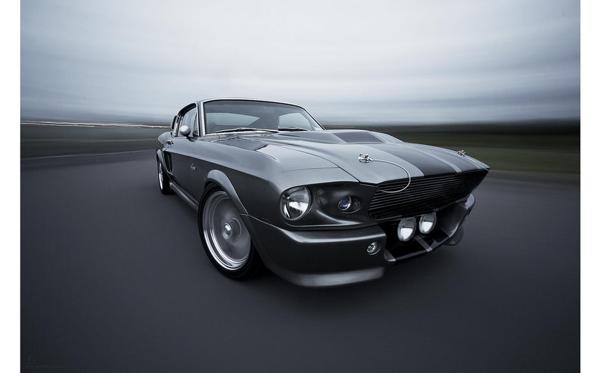 The stylish movie happened to have the 1967 Ford Mustang GT500 playing a major role in the screenplay. As per reports, some 11 models of the hot blooded Mustang were made for use in the movie, of which just three were working prototypes and two were to be destroyed during the action sequences. These models were made by the joint collaboration between Cinema Vehicle Services and the popular coachbuilder Chip Foose. The Mustangs flaunted bespoke hood and trunk, along with flaring huge fenders.

Further, the American muscle car incorporated a 5.7 litre V8 engine that churned out an impressive 400 bhp of mean raw power. The Mustang ‘Eleanor’ to be auctioned will come with a special plaque having its Vehicle Identification Number (VIN), along with a certificate of authenticity. The 1967 Ford Mustang GT500 is being offered for auction by a private owner, and market is abuzz with rumours that bidding amounts could easily get into six figures.