The critically acclaimed 1.0 litre Ford EcoBoost powertrain has won the prestigious 2013 International Engine of the Year award for the second successful year. The ultra fuel-efficient and powerful EcoBoost engine would make its Indian debut with the soon-to-be launched Ford EcoSport compact Sports Utility Vehicle (SUV). The EcoSport would be powered by the same 1.0 litre EcoBoost petrol power-mill, which churns out peak power of 123 bhp and delivers a class-leading mileage figure of 18.9 kmpl. 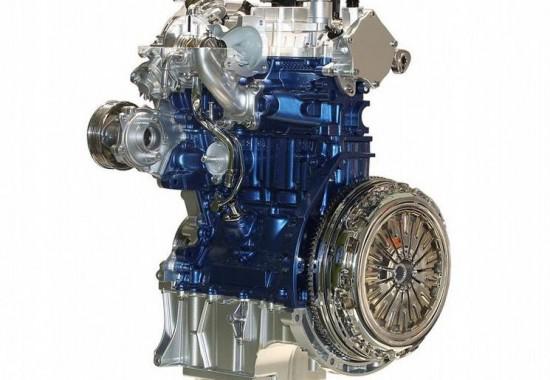 Speaking on EcoBoost winning the International Engine of the Year award for the second time, Joe Bakaj, Ford Vice President (VP), Global Powertrain, was quoted as saying, “With a technology as mature as the internal combustion engine, it’s very rare to achieve a true breakthrough, but that is exactly what the team accomplished with this engine. You have to drive it to believe a small three-cylinder engine can deliver such performance and fuel economy.”

The awards jury comprised 87 automobile journalists from 35 different nations across the world. The panel judged different powertrains in terms of driveability, performance, refinement, economy and successful implementation of an advanced engine technology. By winning this year's International Engine of the Year award, Ford Motor Company became one of the three auto makers to record victories for two successive years.

Expressing his views on the EcoBoost engine, Peter Lyon, a UK based juror and freelance journalist, said “Who'd have believed it? A 1.0 litre engine that has it all, powerful, fuel efficient, clean and lightweight. This is a masterpiece.”

As per reports, the 1.0 litre Ford EcoBoost engine was designed at the company's Research and Development (R&D) centres in Aachen and Merkenich, Germany, and Dunton, United Kingdom. At present, the power-mill is being manufactured at Ford's facilities in Cologne and Craiova, Romania.

On the EcoBoost winning the prestigious title, Dean Slavnich, Editor at Engine Technology International Magazine and Co-Chairman of the 15th International Engine of the Year awards, was quoted as saying, “Baby EcoBoost – Ford’s first-ever three-cylinder design – is still the engine to beat across the board. It’s economical in real-world conditions while the compact turbo helps ensure that the entire package can power larger vehicles like the Grand C-MAX with ease.”