Mercedes-Benz India, the domestic arm of German auto maker, seems all set to introduce the facelift model of its E-Class sedan in the country. Sources close to the development process have revealed that the model will sparkle at the Indian showrooms on June 25, 2013. Since the new model happens to be a facelift model of the current generation E-Class, it will feature a number of cosmetic changes with the same engine. Industry experts are of a view that the exterior designing of the upcoming model is quite similar to the E-Class, which was showcased at the 2013 Detroit Motor Show. 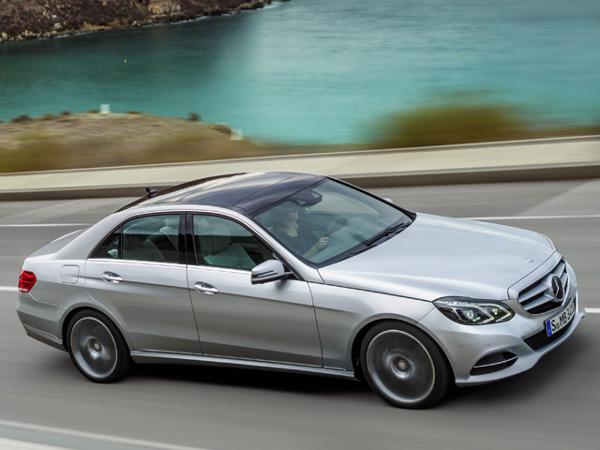 Redesigned grille, bigger bumpers and new headlamps with LED daytime running lights are some of the expected changes in the front fascia of the 2013 Mercedes-Benz E-Class. It is believed that the model will come as a more aggressive car than the current model. Reportedly, the most evident changes in the upcoming Mercedes-Benz E-Class sedan would be the split headlight assembly, which has been now packed to make it a single console. The major changes at the rear end of the model include reworked exhaust tips and tail light cluster.

Coming to the interiors of the model, auto analysts are expecting that there would be some developments in the design of steering wheel, dashboard and control dials. Some of the rumours are doing rounds that the German auto maker will be launching a AMG variant of the E-Class sedan in India; however nothing as such has been confirmed by the company officials. The updates incorporated in the upcoming model are said to be more subtle and major highlight is the thick bar of trim, which separates the lower and upper part of the dashboard. A sportier steering wheel has been packed within the model, which offers complete control of the car in the hands of driver.

It must be noted that there has been almost four years since the company has introduced the W212 generation E-class in the Indian auto market. Therefore, it seems the right time to introduce a facelift model of the same when the Indian buyers have developed a penchant for luxury cars.