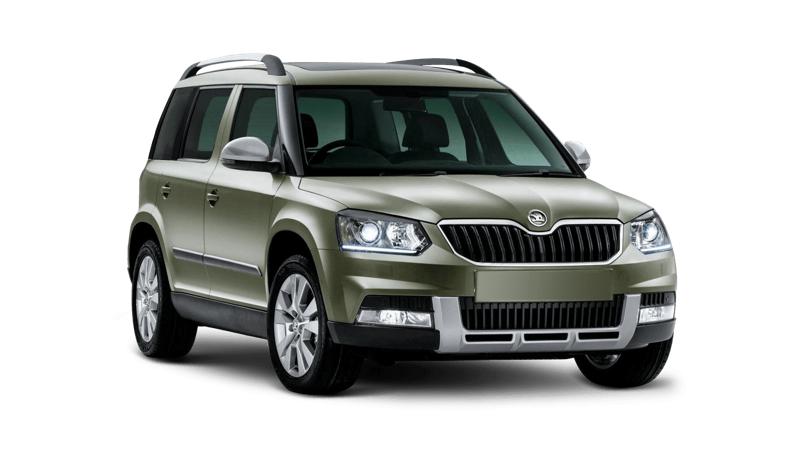 Skoda Auto India is ready to launch its new SUV model Yeti in the Indian market. The model has already been previewed across various cities of India since past few months and was first showcased at the Delhi Auto Expo 2010. Now it is ready to hit the Indian roads imminently and it still remains to be seen how the price conscious Indian customers are going to receive it.

Exteriors and Interiors of the Skoda Yeti

It is the first off-roader from Skoda in India and Yeti may look like a jocular name, this car is definitely something to reckon with. We’ve seen it a number of times and the car has a posture and appearance which will make customers to flock down to the showroom for a check on its looks and features, though perhaps not for a purchase. The car looks like a mix of a SUV and a hatchback, resembling something of its ancestors in a Octavia/Golf mould. The front grille is dominating and the looks are bold with a tall-boy stance.

The overall looks quite closely resemble the international Skoda Roomster but the Yeti designers have given it a more compact look to turn it in to a ‘family-model.’ The round and rectangular headlamps flanked on either side enhance its tough looks.

We let the photos do the rest of the talking.

The interiors have a VarioFlex seat concept which gives more rear seat flexibility and comfort. The three separate rear seats can be individually folded or removed, the outer seats can be moved lengthways and - with the middle seat removed - also sideways by 80 millimetres. This converts Škoda Yeti from a five to a four seater, but increases the rear seat room to executive class. European users complain of heavy rear seats that are heavy to lift while adjusting. It is yet to be seen if Skoda has made any changes in the model before introducing the same in India.

The European model of the Yeti comes with two petrol and four diesel engines but the Indian variant will not be offering that much choice. The Indian model will feature a 2.0L turbo-charged diesel engine with 5-speed manual transmission producing 1.7L displacement delivering power of 110PS @ 4200 rpm and a torque of 250 Nm at 1500- 2500 rpm. The second variant will be mated by 6-speed manual transmission with advanced Haldex clutch.

The Skoda Yeti will be available as a 4WD model which means that this SUV will be suitable also for off-roading so that it can traverse rough terrain, and it will also have a feature that helps it drive on mountain roads.

Moreover, Skoda has improved the suspension of the car to meet the harsh demands of Indian roads and off-roading challenges on Indian terrain. Skoda calls the car as a “rough road package” for Indian customers.

Now price is something that is really a sensitive issue in Indian market and the Yeti car has been rumoured to be priced at Rs. 17 lakh, which by popular response seems to be on the high side. While Skoda has its own fans and the Yeti does feature a very unique look, for an Indian buyer, at the end of the day, money counts! If the price goes above 14-15 lakh, Skoda Yeti may find it tough to compete in the Indian market.

Given its segment, pricing and features, the Skoda Yeti will be competing with the Scorpio, Safari , newly launched Tata Aria, Toyota Innova, and even with the Fortuner on the higher side. The offroad ability, interior space, styling and the price may leave customers puzzled to go for a lower priced SUV or for a larger SUV with higher investment.

The Indian car segment and the SUV segment specifically, is growing by leaps and bounds and any new SUV will be definitely welcome. However, it will be a tough nut to crack at the price end. Skoda has already witnessed the brunt of Indian customers with Fabia although Octavia and Laura have done relatively well in their segment. SUV segment is the next tough segment after the small car segment in the Indian domestic market. With players like Mahindra Scorpio, Tata Safari and Toyota Innova, Skoda will need to put up a tough act to make a good impact. This also includes sprucing up its after sales service image, which remains one of the buyers’ largest concerns while buying a Yeti.