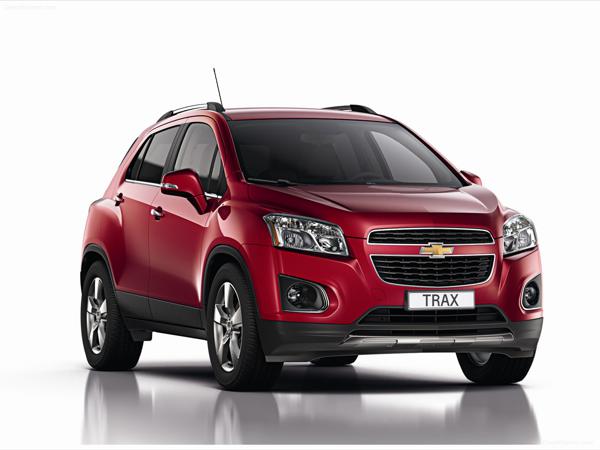 At present, the small SUVs remain one of the hottest selling segments of the Indian passenger car market, with the likes of Duster and Quanto recording some impressive sales. The yet-to-be launched Chevrolet Trax looks like a great prospect for the American auto major's Indian operations and with an attractive introductory price tag might just become its next volume puller. Inspired by the astonishing sales of Duster and Quanto, General Motor's compatriot Ford India has lined up its EcoSport compact for launch in domestic car market.

Coming to under-the-hood specifications of Chevy Trax, the compact SUV is anticipated to be launched in both petrol and diesel powered options in India. The petrol Trax is anticipated to come fitted with a 1.4 Litre turbocharged motor mated with a 5-speed manual or six-speed automatic gearbox. On the other hand, the diesel Chevy Trax trim could incorporate a 1.5 litre diesel motor under its hood.

General Motors India has not yet revealed a specific time frame for the launch of Chevrolet Trax compact SUV. However, industry sources have suggested that the Trax could see Indian daylight somewhere by the end of 2013 calendar year. The compact SUV is expected to carry introductory price tags close to Rs. 10 lakhs. It is going to be interesting to see how the Chevy Trax performs if it is pitched against the likes of Renault Duster, Mahindra Quanto and possibly Ford EcoSport, upon its arrival on Indian turf.

Origins of the Lamborghini Veneno