Volvo Auto India, a well-appreciated Swedish luxury auto maker, has devised an aggressive strategy through which it aims at cementing a good share in the domestic premium car market. The company is looking at selling 15 per cent of all the luxury automobiles in the country in the near future. At present, German auto makers like BMW, Audi and Mercedes-Benz contribute to the bulk of sales recorded in the Indian premium car market.

In order to consolidate its position in the domestic luxury car circuit, Volvo Auto India is working on enhancing its sales and service network in the country. The Swedish auto maker opened the doors of its new dealership in Bangalore on April 23, 2013. The new Volvo facility is spread across 7,000 sq. ft. area and is called Martial Motors. Speaking at the sidelines of company’s retail outlet opening ceremony, Tomas Ernberg, Managing Director (MD), Volvo Auto India, said that the company plans to grow steadily in India, which would be followed by entering the country’s regional markets. 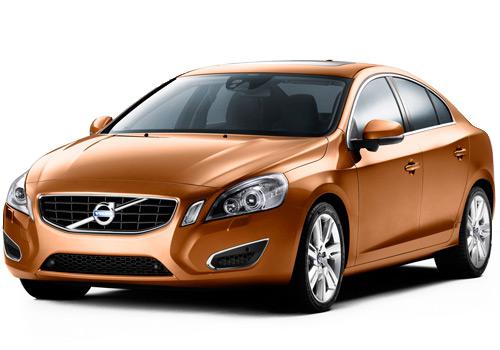 At present, Volvo Auto India offers just 4 products to the domestic audience, namely S60 and S80 luxury saloons, along with XC60 and XC90 premium Sports Utility Vehicles (SUV). It must be noted that the company’s entire product portfolio is marketed in the country as Completely Built Units (CBUs), which has made them an expensive proposition for the buyers. Volvo Auto also has plans to set up its own manufacturing unit in India that would help in localised assembly of its models. The company would also launch its V40 Cross Country crossover in the Indian auto market, sometime in the next few months. Therefore, the Swedish firm is leaving no stones unturned in commanding a decent share in the luxury auto sector.

Speaking on the company’s future plans for consolidating its position in the Indian premium car market, Tomas Ernberg was quoted as saying, “In line with our growth, Volvo will continue with its expansion plan in India by adding to its existing network across the country. We will touch 12 dealerships with three more opening this quarter. He further added, “India has great potential to become a major market for Volvo cars. Being one of the fastest growing markets in the world, with a rising lifestyle and aspiration, especially among the youth, the country has motivated us, as premium car makers, to build demand for our brand and products and establish ourselves well here.”

Volvo Auto forayed into the domestic luxury automobile scene in 2007 and has sold a total of 1,800 models since then. Interestingly, the Swedish auto maker sold an impressive 820 units in 2012 alone, and on it’s this year sales estimate Ernberg said, “By the end of this year, we plan to sell 1,100 more cars. The promising nature of the Indian market also provides us with such opportunities for growth.”

Speaking on the company’s strong belief in the Indian luxury auto sector, Thomas Andersson, Vice President (VP), International, Volvo Cars, was quoted as saying, “Volvo has ambitious plans in the coming years in R&D related to engine design, incorporating four-cylinder technology, which is being tested for our petrol and diesel engines. Another innovation under development is scalable platform architecture to guarantee the quality and safety of our products.”