Maruti Suzuki's SX4 is one vehicle that has not received its well-deserved share of success in the industry. Due to stiff competition in the segment, SX4 sedans lost out to rivals with newer models, such as Hyundai Verna, Honda City and Volkswagen Vento. For this reason, the top Indian car manufacturer has decided to revamp the SX4 with several cosmetic changes. However, the new version would not be headed towards India in the near future, but at a later date. 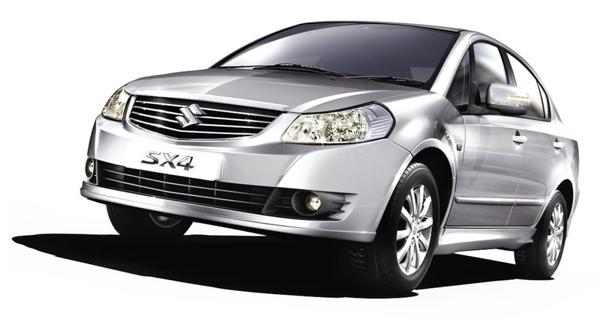 Engine capacities for the new SX4 have not been altered. While the 1.3 litre Multijet diesel is being used to generate 89 bhp of maximum power, its petrol variant produces 104 bhp of power through a 1.6 litre VVT engine. Powertrains have been tweaked a bit to improve fuel efficiencies- the diesel variant returns a mileage of 21.79 kmpl, while the petrol gives 16.51 km to the litre. Maruti also has a CNG variant which gives a class-leading mileage of 22.1 km per kilo of gas.

Despite the changes, what is interesting to note is that new SX4 prices have not been affected. The petrol version of the new SX4 would still be available between Rs. 7.38 lakh and Rs. 8.84 lakh. Similarly, the diesel variant is priced from Rs. 8.27 lakh- Rs. 9.79 lakh (ex showroom, Delhi).