Honda Cars India Limited, the domestic subsidiary of Japanese auto maker Honda Motor Co., has revealed intentions to focus more on making diesel variants for existing vehicles, rather than creating new ones during the year 2013. The number of new vehicles launched by the Japanese manufacturer is expected to be much lesser than other auto companies and some launches are expected to take place in subsequent years. One of the new vehicles would be the next generation Jazz premium hatchback, which would be revealed later in 2014. In total, five new vehicles would be introduced in the next three years, which would include a new compact Sports Utility Vehicle and a next generation City, apart from the Jazz. Interestingly, even the US market is now shifting towards more number of compact vehicles instead of traditional Sports Utility Vehicles (SUVs), as per Honda. 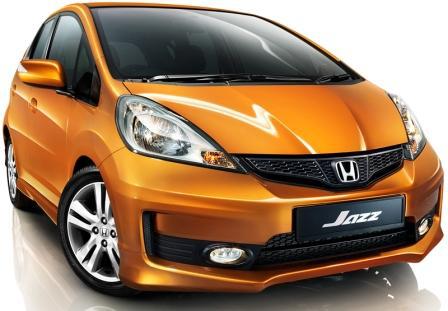 The upcoming Honda compact SUV is expected to be based on the Jazz platform. When President and Chief Executive Officer for Honda Car India Limited, Hirnori Kanayama, was asked about the kind of pricing expected from new vehicles in order to take on rivals such as Maruti Suzuki, he did not comment anything specific. Instead, he was quoted as saying, “We should not betray customer expectations... the past is past, all I can do is to change the future.” About the new vehicles, he further added, “Within the next three years, we will come with five big launches. The next-generation Jazz and an all-new utility vehicle will debut next year. First the new Jazz will be introduced globally. The City, which is a sister model of Jazz, will come after that."

Honda has chosen to refer to the new compact SUV as Honda Urban. This new vehicle would have a retuned version of the same 1.5 litre oil burner that has currently been fitted in the Amaze, along with a 1.5 litre petrol version as well. As compared to the design of the concept version, its production model will not have LED lights and the chrome grille will not be extended up to headlights. Its overall length is anticipated to be less than 4.5 metre, which would enable it to compete in the compact SUV segment against the Renault Duster. In addition, experts believe that upcoming Honda SUV will not be offered with four wheel drive in the initial models. So with an expected price of Rs. 10 lakhs, this would another entrant in the highly competitive compact SUV segment, for the benefit of discerning buyers.