Tata Motors, the country's largest automobile manufacturer, has revealed that its passenger vehicle arm wants to enhance its foothold in the domestic car market. The company said that its passenger vehicle business is planning to increase its market share by 3 per cent, from the current 12 per cent. The announcement came through Ranjit Yadav, President of Passenger Vehicle Business Unit, Tata Motors during a company event held in Bangalore on June 25, 2013. 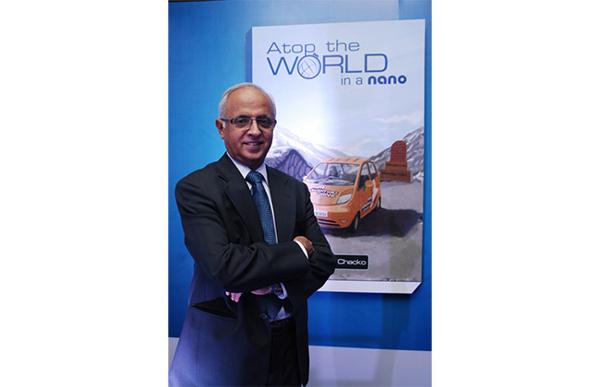 Expressing his views on the company's growth plans, the Tata Motors President was quoted as saying, “Our intention is to gain market share and move closer to where we were last year. Market share last year dropped down to around 12 per cent, we intend to grow that by 2-3 per cent to reach 14 or 15 per cent.” Yadav also hinted that growth will be flat during the next two coming quarters in the market, since the overall buying sentiments among domestic buyers are weak. He further added, “We have seen six to seven months of decline, these things can turnaround but next couple of quarters is going to be weak, so I would expect it to be flat to declining.”

Yadav declined to give his personal take on the situation of Nano's production, but said, “Our manufacturing is matching the requirement. We saw weakness in the market very early and have made significant correction in stocks for our channel partners and dealers, so our actual sales are higher than reported.”

At present, Tata Motors is working hard towards improving its customer service initiatives. The company is revamping its nationwide retail outlets and will have 150 refurbished dealerships by the end of 2013 calendar year. With just 49,304 units, Tata Motors suffered a whopping 23.37 per cent drop in total vehicle sales during May 2013. Further, the company's total passenger car sales stood at 11,134 units in the same month, which equates to a 45.69 per cent decline over the year-ago period.

Tata Motors had organised the Bangalore event to felicitate Srikarunya Subrahmanyam and his team for entering the Guiness Book of World Records. Srikarunya is a Bangalore-based motoring aficionado who drove 10,218 km for ten days in a Tata Nano, thereby breaking the previously held world record (8046.74 km) for the longest journey. Ranjit Yadav and Indian Formula One exponent Narain Karthikeyan were present at the felicitation ceremony. Further, Thomas Chacko's new book- 'Atop the World' was unveiled at the event. Thomas is a 63-year old, Kochi-based motoring enthusiast, who finished a national expedition by driving a Tata Nano for 78 days and covering 26,000 km length across the Indian territory.