Honda Amaze is just two months old in the India auto market and has completely stirred the industry with its aggressive pricing and performance oriented engine. The launch of this entry level sedan has resuscitate the fortunes of Honda Cars India in the domestic market. It is believed that with advanced bookings of more than 30,000 units, the sheen has reappeared in the showrooms of Japanese auto maker, across India. It is quite obvious that when a model is launched in the the market and it creates such type of impact, the heat is witnessed by the directly competing models like Maruti Suzuki Swift DZire. 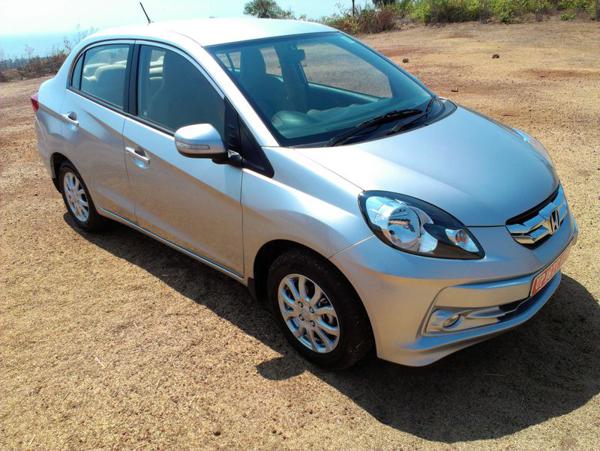 During the month of March 2013, the time when shipments of Amaze commenced, Swift DZire reported its highest monthly sales at 20,078 units. Interestingly, this sedan even outsold its sibling Swift during the period. Industry experts are of a view that the entry level sedan will continue to outsell the sibling for the next couple of months. On the other hand, the orders for Amaze are flowing at a high momentum and the Japanese auto maker can only manufacture limited units of the same.

Sources close to the development process stated that the Honda India can roll out 5000-6000 units per month, which simply indicates that it does not have much potential for production. In turn, customers would be asked to wait for long tenure for the delivery of model. Industry experts are of a view that it is doubtful that whether buyers have so much patience to wait for almost 6 months.

The model has been offered in both the fuel options, petrol and diesel, in order to cater the demands of a large section of society. The petrol engine of Amaze has been sourced from Brio hatchback, whereas the diesel guise comes equipped with a 1.5 litre turbocharged i-DTEC engine, which has the potential to belt out a maximum power of 98 bhp, along with a peak torque of 200 Nm. With this brilliant output, the 2013 Amaze is also worth noticeable on the grounds of fuel efficiency. As certified by ARAI. Amaze covers a distance of 25.8 kmpl, which is quite impressive in this segment.