Tata Motors, the country’s largest automobile manufacturer, is working round-the-clock towards bringing the 2013 facelift model and a dual fuel petrol-CNG trim of its Nano entry level hatchback in the domestic passenger car market. The Tata Nano revamp is expected to see Indian daylight by the end of June this year, while the Nano model with factory fitted CNG kit could be launched soon as well. The company has also developed a diesel engine that will power its entry level hatch, but has not yet revealed the time frame in which it is going to arrive in the country. 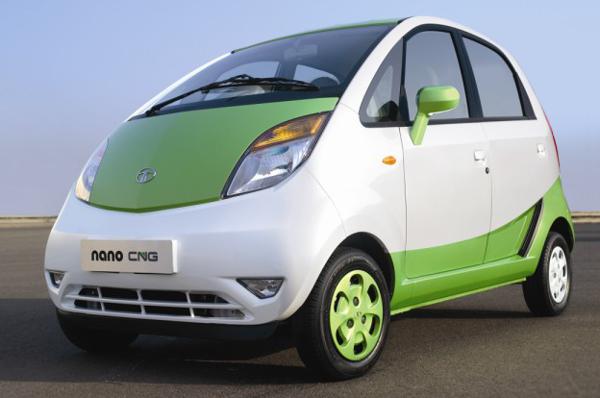 At present, the sales of Tata Nano entry level have not been overtly impressive in the domestic passenger car market. However, the upcoming CNG compatible Nano will provide another option to the Indian car buyers who wish to own an affordable and eco friendly car with a secondary fuel option. Tata Motors will be hoping that its yet-to-be launched CNG powered Nano sparks off fresh new sales again in the country. Experts believe that with a competitive pricing and an all-round certified security setting, the Nano CNG could be the perfect way of luring Indian car buyers to the Tata retail stores.

Commenting on the sales and upcoming facelift version of the Tata Nano entry level small car, Karl Slym, Managing Director (MD), Tata Motors, was quoted as saying, “The Nano sales have gone down and we are working to get it back. It still has a long way to go but we will be introducing the 2013 model of the car in the first half of this year as part of the plan.” As per Slym, the upcoming Nano facelift will come trimmed with a number of additional features that will significantly improve its positioning as a low cost entry level small car. He further added, “Moreover, we will very soon introduce the CNG option of the Nano.”