The Indian arm of American auto maker General Motors (GM) is all set to introduce a new Multi Purpose Vehicle (MPV), Chevrolet Enjoy in the Indian auto market. The auto maker has already revealed that the production of this performance oriented model has been initiated at the company’s Halol plant (Gujarat). Industry experts are anticipating that the model will mark its entry in the domestic market in a couple of months. 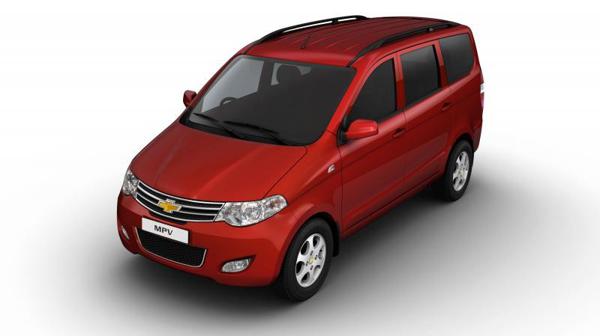 Reportedly, the upcoming 2013 Chevrolet Enjoy will compete against the dominance of Maruti Suzuki Ertiga, which is currently ruling the respective segment. Deepening the near launch of model, Enjoy MPV has been spotted a number of times taking the rounds close to Halol plant, which indicates that the auto maker is testing the performance of its yet-to-be launched model.

The new model from American auto maker is expected to come equipped with both petrol and diesel engine options, which will facilitate GM to cater demands of a large section of society. The petrol guise is expected to feature a 1.4 litter engine, which will belt out a maximum power of around 94 bhp with a nominal torque. On the other hand, the diesel variant will be powered with a 1.3 litre multijet engine, which is believed to be sourced from the Italian auto maker Fiat.

Industry experts believe that the GM India is well aware of the fact that if the model has to emerge as a hit in the domestic auto market, the pricing of the vehicle should be kept aggressive. Owing to this, it is being anticipated that the Chevrolet Enjoy will be offered against an introductory price of Rs. 7.5 lakhs, reaching out to Rs. 9.5 lakhs as its top model. This pricing seems a good deal for an MPV, which is expected to be equipped with a performance oriented engine. Experts are also of a view that the auto maker has a sound presence in the country with 285 sales outlets and 278 service centres, which will surely help it to easily market its upcoming model all over the country.