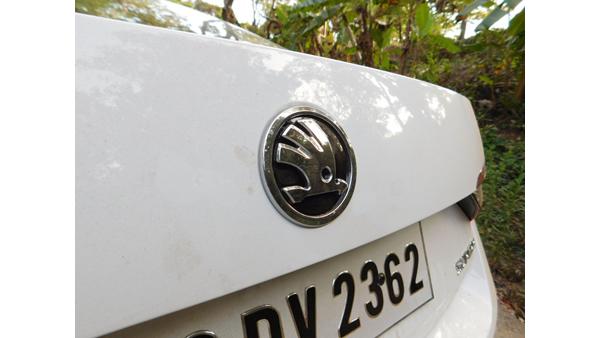 Skoda Auto India has filed three new trademark applications for the names – Kosmiq, Kushaq, and Karmiq at the registry. Of the three applications, two were filed earlier in January, and were accepted and approved by the registry in October. The third application for the name ‘Kushaq’ was made in September which got approved in the month of October.

With the Czech car-maker gearing up to launch multiple models in the next year for the Indian market, we reckon that these trademarked names could be used for them. One such model is the upcoming mid-size SUV codenamed Vision IN concept which has been spotted testing on several occasions on Indian roads. To see the spy images and read more about them, click here. Just a few months back, the car-maker had also filed a trademark application for the name Kliq, which we feel can also be used to name the upcoming Vision IN SUV.

The Vision IN SUV was last showcased at the Auto Expo 2020 in February and will be the first offering for the Indian market under the ‘India 2.0’ project. It will be based on MQ A0 IN platform shared with the Volkswagen Taigun. On the outside, it is expected to feature exterior highlights like LED headlights and tail lamps, signature butterfly-shaped grille, 19-inch alloy wheels, roof rails, and skid plates in a contrasting colour shade. On the inside, Skoda is expected to pack in its virtual cockpit (all digital instrument cluster), three-spoke steering wheel, and a free-standing touchscreen infotainment system.

Just a few days back, Skoda Auto India confirmed its plans to reveal the name of the Vision-IN SUV in the coming month. With over three to four names to choose from, it is only a matter of time to discover which name the car manufacturer chooses for the forthcoming SUV. Following the naming ceremony, Skoda is likely to launch the model in Q2 of 2021 where it will be pitted against the likes of the Hyundai Creta, Kia Seltos, Tata Harrier, MG Hector, Volkswagen Taigun, Nissan Kicks, and Renault Duster.