Range Rover Evoque convertible, the country’s first luxury Convertible is due for launch on 27 March. The vehicle made a global debut at the 2015 Los Angeles Motor Show. Enthusiasts who love driving under blue skies, the roof can be operated in just about 20 seconds and travelling at speeds of up to 48kmph. 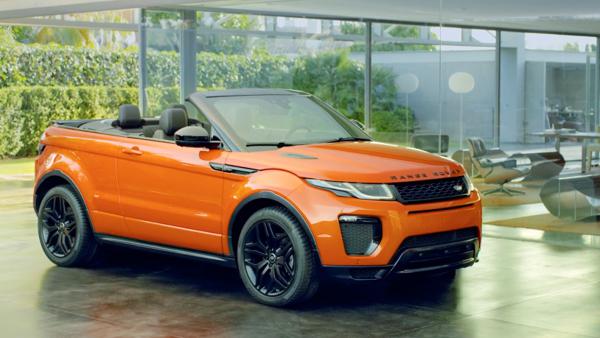 In India, the Range Rover Evoque convertible will be offered in fully-loaded HSE Dynamic variant and will get features such as leather seats, adaptive LED headlights, navigation and ambient lighting. The company claims that the roof uses an acoustic inner lining which helps reduce road noise and enhance cabin insulation. To make up for the absence of a roof, the vehicle gets a reinforced monocoque chassis and a pop-up roll-bar system which is deployed whenever there is a risk of a rollover.