The new Range Rover Evoque will be powered by a BS6-compliant 2.0-litre petrol engine and 2.0-litre diesel engine from the Ingenium family. The petrol engine with a 48-volt mild hybrid system generates 247bhp of power and 365Nm of torque, while the diesel variant produces 178bhp and 430Nm of torque. Both the engines get an eight-speed automatic transmission as standard.

Find a list of all 1 petrol and 1 diesel versions of Land Rover Range Rover Evoque. This table includes on-road price which covers all costs like RTO and Insurance.

Anything worth mentioning under all that beautiful skin? Let's find out... The Range Rover Evoque is available off-the-shelf with either a 245bhp/365Nm 2.0-litre petrol or a 177bhp/430Nm 2.0-litre diesel, both of which are mated to a nine-speed automatic gearbox. First off, I have to admit that the diesel we’re reviewing here is so refined you’ll be hard-pressed to know it’s one, unless you’re revving hard into the limits. In fact, the acute lack of buzz will amusingly lead to speeding unless you constantly peep at the speedo! To that end, the power delivery is decidedly linear, which when combined with the nine smooth-shifting well spaced-out cogs, ensures that the motor’s output is optimally utilised. What does this mean for us? Well, in short, you won’t be left wanting for more to get off the mark or make a quick overtake on the highway; even under full throttle. Making these drivability characters even more accessible on the go are the drive modes – Eco, Comfort, and Sport. When slotted in Eco, this diesel leisurely builds up pace in the obvious interests of fuel efficiency. Comfort mode, on the other hand, offers distinctly speedier responses for swift commutes and Sport mode is more like the steroids genre wherein upshifts are brisk and responses are crisp to the bone. Not downshifts though. You may want to drop gears via the paddle shifters yourself while overtaking at higher speeds since the system isn’t likely to respond as expected, even in Sport mode. The ride in this Range Rover is firm at slow speeds, a façade that gives it a bumpy ride over larger irregularities and broken surfaces. Although the ride quality gets flatter as the Evoque hits highway speeds, we ironically noticed that road, suspension, and tyre noise can be a bother. Also, this SUV tends to nose-dive under harsh braking, but in the end, these attributes are barely deal breakers as such. Conversely, the steering, with two and one-quarter turns from lock-to-lock is certainly quick by SUV standards, is vastly progressive and because there’s enormous feedback, one can get out of tricky situations by just modulating the input on the go like a pro. Plus, there’s ample grip and despite the fair levels of body roll, it inspires enough confidence to hold its own around tighter bends. Grabbing your undivided attention at first glance is the imposing layered dash that is ostentatiously crafted with lavish soft-touch materials and other premium stuff like immaculate brushed aluminium and piano-black trim. It even gets my favourite large and chunky steering wheel with loads of controls to access on the go. Everything kind of surpassed my expectations. However, larger dials would have certainly made the instrumentation look more dashing if not more legible and the glass area is extremely compact; the rear windscreen being ludicrously tiny. Ergonomics are spot on too, owing to the buttons/controls being cleanly bunched up together below the touchscreen display and the total lack of any around the gear shifter. There aren’t any shortage of storage spaces all over either. In terms of seating, the firm cushioning makes for good support all across and the front seats in particular are spacious and comfortable. As for the rear bench, it is best suited for two passengers with good knee room. Two, because the middle-seat cushioning is awkwardly protruding and the tall tunnel saps the section of any comfortable legroom. Sadly, the slightly upright backrest also means it isn’t comfortable for longer journeys so to say. On the brighter side, as the Evoque’s boot is aptly shaped, the enclosure makes it usable enough to swallow at least two medium-sized suitcases and some large bags. In the features department, the top of the line Evoque gets flush door handles, a fixed panorama sunroof, powered tailgate, LED headlamps with daytime running lights (DRLs), tyre pressure monitoring system (TPMS), and two-zone climate control. It’s equipped with a great sounding player that uses a high-resolution 10-inch touchscreen infotainment system that is touch-responsive and has attractive graphics with swift frame rates. It’s nothing short of engaging. Range Rovers usually get a slew of safety equipment and the Evoque is nothing short of that. It includes airbags, an intrusion sensor, roll stability control, electronic traction control, torque vectoring by braking, ABS and ‘Terrain Response 2’ (drive modes), and 360-degree parking aid. I still remember the first time I set eyes on the Evoque; it was more like love at every glance. The closest any car can get to its concept stage visuals, I’d say. Years later, the feeling hasn’t changed. Sure the earlier model’s sleeker silhouette has made way for a more practical bulgier one that’s friendlier to the occupants. But it still vehemently turns heads. All in all, it has to be the sensationally raked glasshouse atop the fierce large alloys and compelling track size which lends this SUV that much-adored aggression and ruggedness. One wouldn’t deem the Evoque’s slight discomfort at the rear bench, the firm slow speed ride, and an unenergetic gearbox worthy of being deal-breakers by any measure. Frankly put though, it is a reasonably spacious SUV that boasts of acute abundance in safety and new-age features, also blessed by an increasingly capable motor with potent dynamics; all for about Rs 77.62 lakh (OTR Mumbai). If you’re still unconvinced, I’m sure the rather vivid appearance, that makes it look like a million bucks, will have the rest covered. Certainly, a question for the faint-hearted I’d say!

The on-road price of the Land Rover Range Rover Evoque in Delhi starts at ₹ 66.60 Lakh for the petrol engine.

The on-road price of the Land Rover Range Rover Evoque in Delhi starts at ₹ 64.12 Lakh for the diesel engine.

No. 4x4 drive option is not available in any of the 2 versions of the Land Rover Range Rover Evoque.

Note: Specifications for Range Rover Evoque S have been mentioned The newly launched Evoque is available in R-Dynamic SE and the S variant. 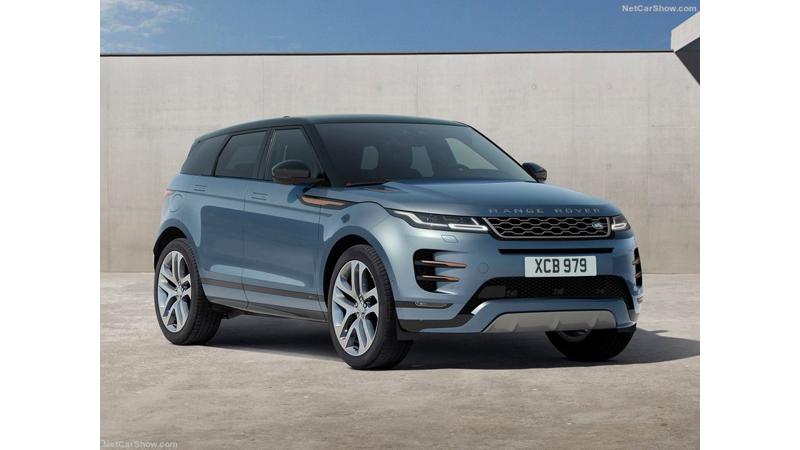 2020-Range-Rover-Evoque&nbsp; The new Range Rover Evoque will be launched in India on 30 January 2020. The second-generation model takes the design and styling cues from the Velar and was first 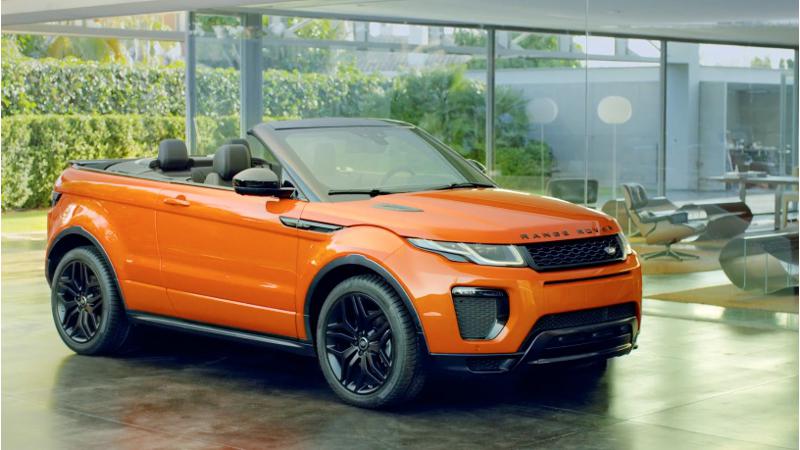 Range Rover Evoque convertible, the country&rsquo;s first luxury convertible is due for launch on 27 March. The vehicle made a global debut at the 2015 Los Angeles Motor Show. Enthusiasts who love

The second-generation Range Rover Evoque has been launched in India, with prices starting at 54.94 lakhs (ex-showroom). The model is available with two engine options including a petrol motor and a

Range Rover has launched a convertible version of its baby Evoque crossover for the Indian market and has priced it at Rs 69.53 lakhs. It is a two-door, top down version and is only available as a