Post much wait, Porsche has finally launched the 911 GT2 RS in India for Rs 3.88 crore (ex-showroom, India). Last seen at the Goodwood Festival of Speed, the newly introduced 911 GT2 RS has emerged as the latest one to join the fleet of performance focused 911s. Interestingly, the 911 GT2 RS holds the record for being the fastest rear wheel driven car, with a time of 6:47.30. 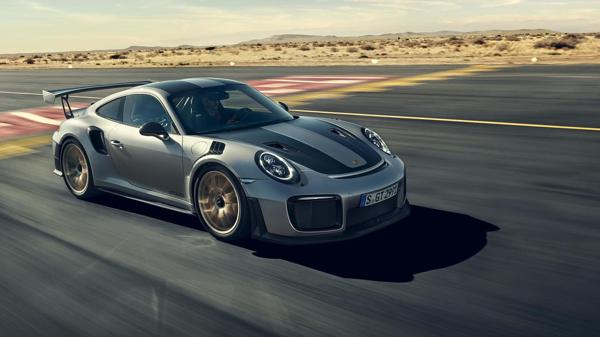 As compared to the standard 911, the 911 GT2 RS is lighter in weight due to the use of carbon-fibre for the bonnet, exterior mirror housing, front wings and air duct surrounds. The new titanium exhaust system is stated to be about seven kilograms lighter than before. Moreover, the vehicle uses magnesium alloy wheels and carbon fibre roof and roll bars. Porsche 911 GT2 RS is powered by a 3.8-litre, flat-six twin-turbocharged engine that generates 686bhp of power and 750Nm of torque. Mated to the ZF-sourced seven-speed dual-clutch transmission, the vehicle is capable of sprinting from 0-100kmph in just 2.8 seconds and achieves a top speed of 340kmph.

To offer the best of performance, the GT2 RS features active suspension management which adjusts damping on each wheel based on road or track conditions and carbon ceramic brakes for maximum control. The vehicle also gets rear-axle steering, and Porsche's torque vectoring which continuously calculates power to be sent to the wheel that needs more traction. Furthermore, the Porsche Stability Management system offers complete control while navigating corners at a high speed.