911 competes with Porsche 718, Porsche Panamera and Jaguar F-Type in India. Porsche has introduced the eighth-generation 911 in India in two variants - 911 Carrera S and the 911 Carerra S Cabriolet. The new 911, which is internally codenamed as 992 gets the distinctive 911 family face. The vehicle is based on the new modular MMB platform which will also underpins the next generation of 718 Cayman and 718 Boxster models.

In terms of design, the new 911 Carrera has retained its iconic styling with mild tweaks for freshness. The vehicle now gets a wide body look which was earlier limited to the older generation all-wheel drive and turbo model cars. The rear section now flaunts a distinctive full-length light strip. Moreover, this time the 911 is offered with a 20/21-inch wheel setup on the front and the rear.

Inside, the new Carrera S offers a fine balance of modern technology and iconic styling. The centre console gets a 10.9-inch touchscreen infotainment system and drive mode selector on the steering wheel. The vehicle gets an analogue central tachometer to retain its heritage touch. As for safety, it gets autonomous emergency braking, wet driving mode, night vision and adaptive cruise control as standard.

Mechanically, the new Porsche 911 is powered by a 3.0-litre twin-turbocharged petrol engine that generates an additional 30bhp over its predecessor, for a total of 444bhp and 530Nm of torque. The upgraded engine comes mated to a new eight-speed dual-clutch automatic transmission. The new Carrera S is capable of sprinting from 0 -100kmph in just 3.7-seconds and is just about 0.1-seconds slower than the Carrera 4S that does three digit figures in 3.6-seconds. Add the optional Sport Chrono Package and the vehicle will touch the 100kmph mark faster by 0.2-seconds. The Carrera S is capable of reaching a top speed of 308kmph, while the Carrera 4S has a top speed of 306kmph.

911 has received a very favourable 97% approval rating based on 14 user reviews.

Based on 14 User Ratings

How 911 fares against competition?

When compared with Porsche 718, Porsche Panamera and Jaguar F-Type, Porsche 911 scores highest for Styling, Comfort, Performance and Value for Money. Porsche 718 is the best in terms of Mileage.

Find a list of all 11 petrol versions of Porsche 911. This table includes Porsche 911 on-road price which covers all costs like RTO and Insurance.

The on-road price of the Porsche 911 in Delhi starts at ₹ 1.72 Crore for the petrol engine. Meanwhile, the top end model (911 GT3 RS) with petrol engine is priced at ₹ 3.25 Crore.
Porsche 911 GT3 RS is the highest priced and boasts the most number of features. The Porsche 911 GT3 is also loaded with all the required features. You can compare the feature list of 911 GT3 RS and 911 GT3 to find the best suited version for you.
The ARAI reported mileage of Porsche 911 is 11.1 kmpl.
Porsche 911 comes with a 2981 cc Petrol engine and the price starts at ₹ 1.72 Crore in Delhi. Whereas Porsche 718 comes with a 1988 cc Petrol engine and starts with a price tag of ₹ 1.32 Crore in Delhi. You can compare Porsche 911 and Porsche 718 and chose the right car for you.
Porsche offers warranty for first 60000 km with all offered 11 versions. However, warranty expires after 3 years even if km is not achieved.
Porsche 911 top version is GT3 RS. It is priced at 3.25 Crore in Delhi.
Porsche 911 is available in 10 colours - Carrara White Metallic, Guards Red, Black, Racing Yellow, Gentian Blue Metallic, Agate Grey Metallic, Aventurine Green Metallic, White, Jet Black Metallic, GT Silver Metallic
There are 2 Porsche 911 showrooms in Mumbai. Check showrooms in your .
911 is available in 11 Petrol variants. 911 Petrol Automatic (DCT) variant price is ₹ 1.72 Crore to ₹ 3.25 Crore. 911 Petrol Manual variant price is ₹ 2.55 Crore. 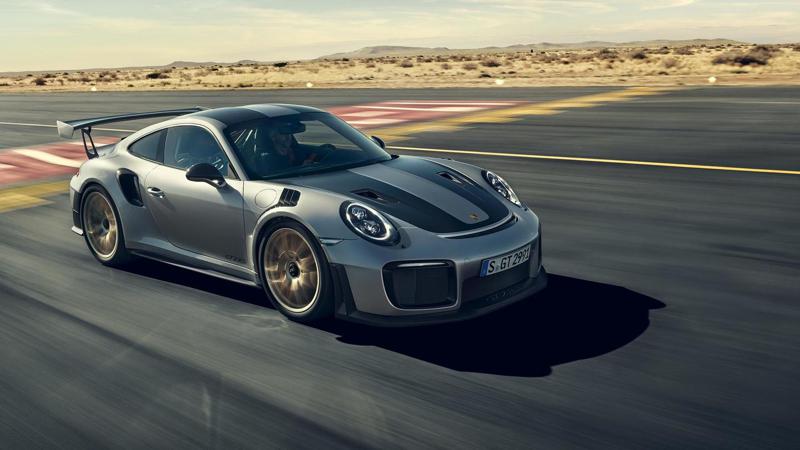 Post much wait, Porsche has finally launched the 911 GT2 RS in India for Rs 3.88 crore (ex-showroom, India). Last seen at the Goodwood Festival of Speed, the newly introduced 911 GT2 RS has emerged 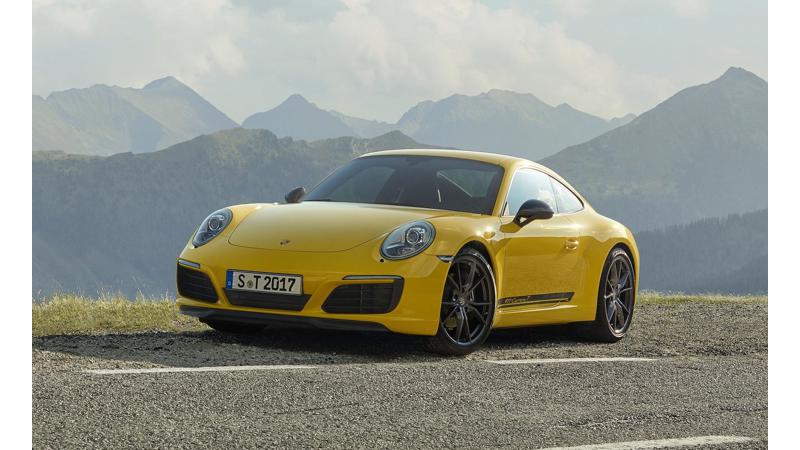 New-Porsche-911-Carrera-S Porsche India has launched the eight-generation 911 in two variants &ndash; 911 Carrera S and the 911 Carerra S Cabriolet. The 911 Carrera S is priced at Rs 1.82 crore,

For the first time, the new generation 911 Turbo was caught testing near the carmaker&rsquo;s headquarters in Stuttgart. Porsche spotted testing new-gen 911 Turbo The tell-tale sign of the