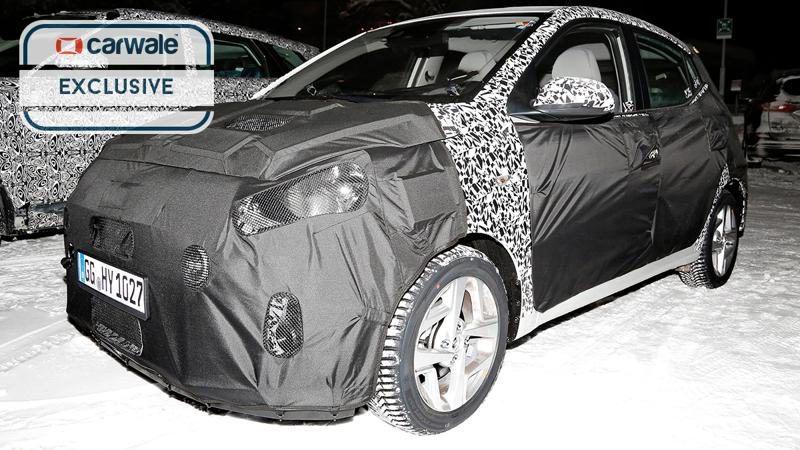 The B-segment hatchback will enter into a second generation and will move to a newer platform, thus growing in dimension. However, the exterior styling might only undergo evolutionary changes and not take its cues from the new Hyundai family face. The test mule spotted was heavily camouflaged but we could see Hyundai’s cascading grille upfront akin to the one seen on new Santa Fe. The fog lamps with its black surrounds flanking the lower section of the grille are also seen with a few changes in its shape and signature. The circular running lights (which is only available on international spec model) integrated into the cascading grille appear to be slightly bigger. The headlamps too seem to have grown in size and retain the overall shape of the current one instead of adopting the sleeker layout as seen on the Kona and the upcoming QXI. In profile, the silhouette remains unchanged but the rear doors now have a raked window line as compared to the current model. 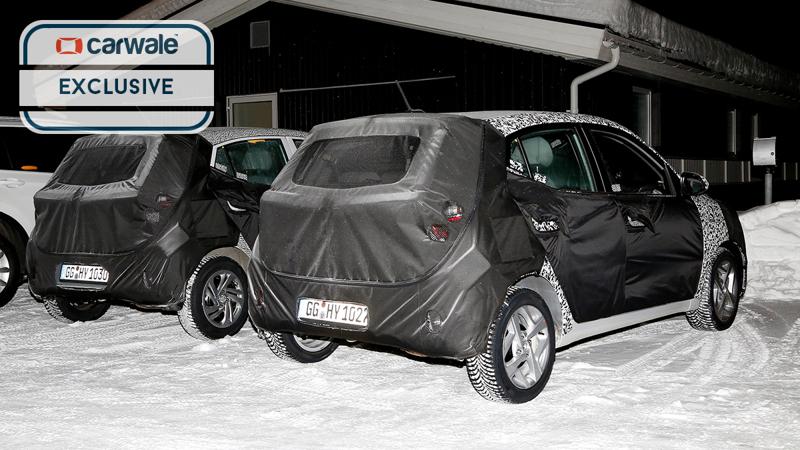 Two test mules were spotted, one of which was sitting on larger and more stylish alloy wheels. The same alloy design might be offered here in India as well. The bulbous tail lamps have also been retained, however, we expect a new LED lighting signature inside it. The bumper appears to be more or less unchanged compared to the current car. On the inside, the left-hand-drive model seen here is completely covered but we can see new seats wrapped in white upholstery. The international spec gets adjustable headrest – unlike the Indian model – but the seats now get more bolstering on the sides. This would help the cabin feel more premium if the same is extended to the Indian-spec car. Also, the cabin might adopt an all-black layout instead of two-tone treatment. The new platform could also help the Grand i10 with additional cabin space as seen on its rival, the new-gen Swift. There will be added features in the equipment list, while mechanically the new-gen model will continue to be powered by existing petrol and diesel engine options.

The Grand i10 is one of the eight new models Hyundai plans to bring in this year. The other models include the facelifted Tucson, Santa Fe and Sonata, all-new Kona and QXI, apart from the all-electric Kona and the updated Creta.