Toyota has launched the new-gen Camry in India for the price of Rs 36.95 lakhs (ex-showroom Delhi). The eight-generation Camry is now based on Toyota’s global platform. The flagship sedan has grown in size while the all-new cabin now comes with a host of new features. Available in a single hybrid trim in India in x colour options and it rivals the likes of Honda Accord Hybrid, Skoda Superb and Volkswagen Passat. 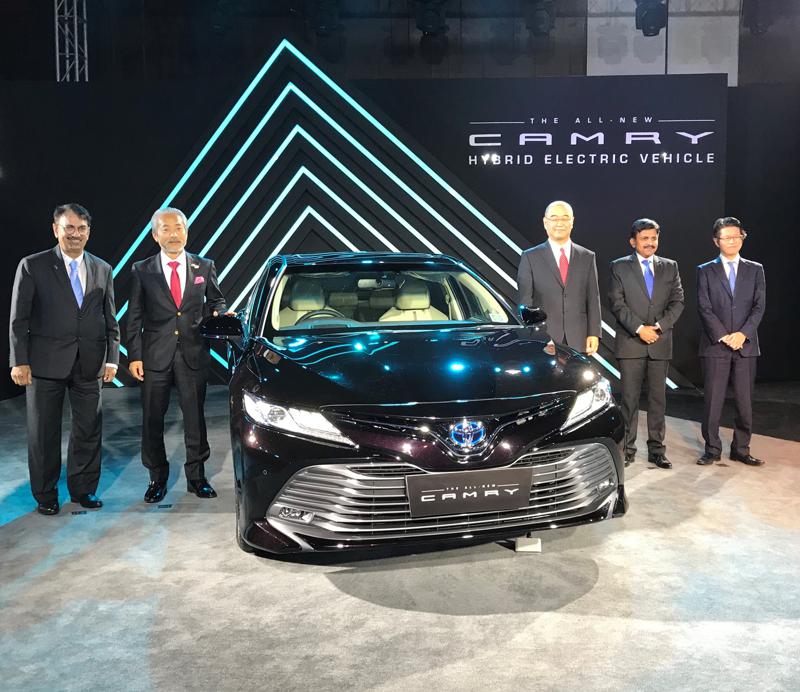 The new-gen Camry is now based on Toyotas versatile TNGA platform which also underpins the new Lexus ES. Styling wise, the new Camry is now a lot more aggressive than the model it replaces thanks to its new gaping grille up front. The new imposing front horizontal louvres for the large lower grille and there is a sleek upper grille where the logo is fixed. Toyota calls this as the new 'Keen Look' design language.

The headlights are sleek and swept-back LED and have boomerang-like three-bar DRLs. In profile, the sedan is elongated and has clean lines. The rear houses a sleeker pair of taillights which extends on to the tailgate and looks very European. The 17-inch multi-spoke alloy wheels are simple and match the overall design of the Camry.

The cabin of the Camry is now modern in terms of design and features. The driver-focused cabin has a new eight-inch touchscreen unit dominating the centre console. The all-black cabin has ambient lighting and a nine-speaker JBL music system. The feature list includes memory function for driver’s seat, three-zone climate control, a leather-wrapped steering wheel with audio controls, cruise control and wireless charging. The Camry is also one of the safest cars in its segment with no less than 10 airbags and a host of active and passive safety equipment.

Under the hood of the new Camry is the same 2.5-litre hybrid-petrol powertrain as the older car. The four-cylinder petrol engine produces 175hp/221Nm which is mated to an 88kW electric motor. The 208bhp power and 208Nm of torque from the drivetrain are sent to a six-speed CVT automatic transmission.