The new 1.8 liter turbocharged Alfa Romeo engine is now officially available in the 2010 Alfa Romeo 159 range. It was earlier showcased in March in Geneva. The new model has been christened as Alfa Romeo 159 1750 TBi and is positioned between the 2.2 JTS and the 3.2 JTS. 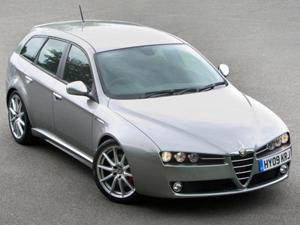 The new direct injection turbocharged engine develops 200bhp at 4,750rpm and 5,500rpm and a maximum torque of 236lb-ft at 1400rpm. Carbon dioxide emissions levels are 189 g/km - resulting in a six-band drop in company car benefit-in-kind taxation compared to the older 2.2 JTS engine. The 1750 TBi will accelerate from 0-62 mph in 7.7 seconds, before topping out at 147mph.

Both the new models will complement the existing petrol and diesel units in 159 range. Both of them also promise better fuel efficiency, lower emission and increased power and torque.

Tata in Singur Ready to Return the Land