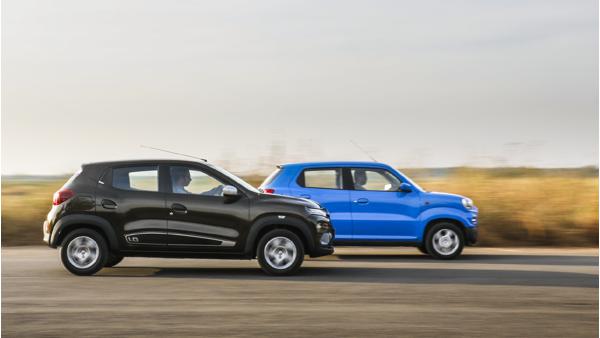 The SUV craze has been hitting all segments of the market and now the game has finally got charged up at the entry-level with the likes of the Renault Kwid getting a major update and the Maruti Suzuki S-Presso entering the fray. In these tests, we have conducted real-world fuel-efficiency tests and listed below the City and highway figures.

The S-Presso in this VXi AMT guise weighs in (kerb) at 770kgs while the Kwid RXT (O) variant is a tad lighter at 760kgs (kerb weight).

The S-Presso achieved a city fuel efficiency of 13.77kmpl while the Renault Kwid achieved marginally lesser at 12.3kmpl.

Out on the highway, the Renault Kwid achieved an efficiency of 17.7kmpl while the S-Presso has done much better with 20.15kmpl.

Both the cars make use of a 35-litre tank but there is a significant difference in the range with the Kwid achieving 525km as compared to the S-Presso’s 593km.