The stunning two-seater Jaguar F-Type sports car has been felicitated with the prestigious ‘2013 World Car Design of the Year’ award. As per reports, some 43 models were considered for the title and the Jaguar F-Type was chosen as the winner by 66 World Car of the Year jury members. The award announcement came at the ongoing New York auto salon on April 1, 2013. 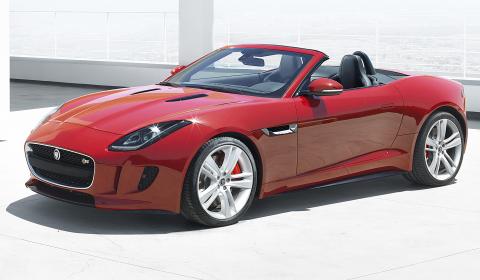 Expressing his delight over Jaguar F-Type winning the highly coveted title, Ian Callum, Director of Design at Jaguar, was quoted as saying, “No design project has given me greater pleasure than the creation of the F-Type. It's a project I've looked forward to from the moment I joined Jaguar, and it's one that's given my team and I great satisfaction. The F-Type is a sports carthat is true to Jaguar's design values – beauty of line and purity of form – and I'm honoured that the World Car of the Year jury has recognised our work with this award.”

Present at the New York International Auto Show, Adrian Hallmark, Global Brand Director at Jaguar, collected the award and said, “The F-Type is the first full-blooded Jaguar sports car to be launched for more than 50 years. Its architecture and technology are world class, wrapped in an evocative and progressive design that could only be a Jaguar – ‘Callum unfiltered’, as we call it in-house. It is as dynamic yet refined as any Jaguar sports car should be, and is a unique proposition from a performance and price perspective. This combination of factors has clearly inspired this year's jurors, and we are delighted and honoured to collect this award.”

Speaking of engine specifications of the awarded Jaguar model, the stylish sports car is offered in three variants- F-Type, F-Type S and the F-Type V8S The Jaguar F-Type and F-Type S models are powered with the new 3.0 litre V6 Supercharged petrol engine, which churn out peak power outputs of 335 bhp and 375 bhp, respectively. Further, the top-end F-Type V8S comes fitted with a mammoth of a 5.0 litre V8 Supercharged petrol power-mill that produces a maximum power of 488 bhp.

The F-Type two-seater is one of the fastest Jaguars ever made in history and is easily among the most stunning and visually appealing super sports cars in the industry, at present. Apart from head turning looks, the super cars are immensely quick on the road as well. For instance, the range-topping F-Type V8S accelerates from 0 to 96.5 kmph in just 4.2 seconds and boasts off a top speed of close to 300 kmph. Further, the F-type and F-Type S have their acceleration (from 0 to 96.5 kmph) rated at 4.8 seconds and 5.1 seconds, respectively.