Suzuki Motor Corporation, the parent firm of Maruti Suzuki, has stated that it would be revealing a new Authentics concept at the 2013 Shanghai Motor Show, which could possibly be a replacement for the Kizashi sedan. So far, Suzuki has only shown two dark teaser images of this future vehicle. This new car has been described by the company as 'Sporty x Elegant' and has been designed specially for the Chinese market, which means that it could be built for India in the near future. However, this year’s Shanghai Motor Show will host global debut of the new sports luxury sedan. 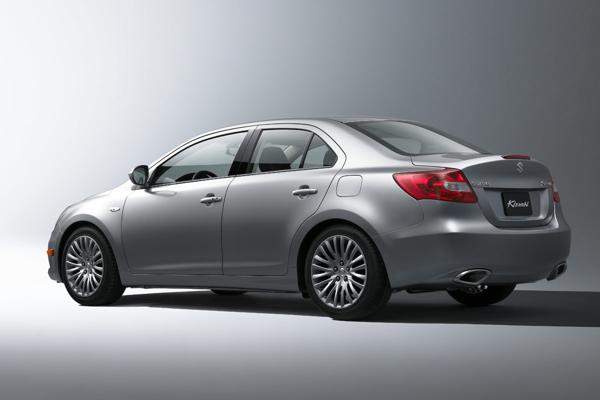 Engine and technical specifications of the Authentics concept will be revealed out during the Shanghai Motor Show, to be held from April 20 to 29, 2013. The company has also mentioned that the Authentics concept will have a long wheelbase, along with a low sleek appearance. Reportedly, the teasers depicted the vehicle having a rich and fine curved exterior design. Experts feel that the new model could also be a version of the international SX4 crossover with a trunk.

As mentioned earlier, the new Authentics concept could replace the Suzuki Kizashi in the current global market. Evidently, the Kizashi model was marketed as a luxury sports sedan in India and it was available as a Completely Built Unit (CBU). Despite being a well designed car with a powerful engine, the Kizashi failed to appeal to the domestic audience, due to which it was discontinued. Priced exorbitantly between Rs. 16.5 lakh to Rs. 17.5 lakh, it was in direct competition to the Toyota Camry, Honda Accord, Volkswagen Passat and Skoda Superb. The Kizashi provided both manual and automatic transmission in its variants. From the engine point of view, this Maruti Suzuki sports sedan was fitted with a 2393 DOHC VVT petrol engine, producing 178 bhp of power.

In India, Maruti Suzuki has been primarily known to produce low-cost, fuel efficient vehicles. It has never been perceived as a high value brand, due to which the Kizashi had suffered in the domestic car market. However, industry experts believe that a suitable priced sports sedan with refreshed design and attractive pricing could enhance the current image of Maruti Suzuki in India. Hence, it’s going to be interesting to see if the commercial version of Suzuki Authentics concept makes its way to the Indian shores in future.