Every global manufacturer has an electric car or at least a hybrid in its portfolio and Hyundai is not looking to be left behind. With the Ioniq electric sedan on sale in South Korea and slated for its American debut in November this year, Hyundai has revealed its electric car strategy till the end of this decade and it includes a 250-mile range EV. 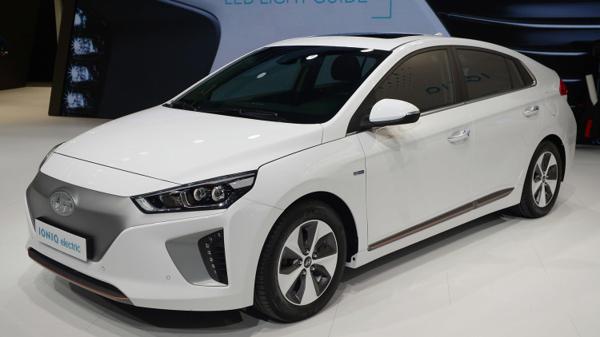 The Ioniq electric sedan will start off as a 110-mile (175kms) EV with a target of extending it to 200 miles (320kms) by 2018. Hyundai said they have been developing electric car technology for production cars for the past six years and with the first of the products rolling out, the next phase of two years will see accelerated growth. With its sister concerns - Kia and Genesis teaming up, Hyundai plans to roll out introduce eight more electric cars, 10 hybrid cars, eight plug-in hybrids and two hydrogen fuel cell powered cars by the year 2020.

Hyundai has also targeted to build a 250-mile range EV (400kms) by 2020. Though the first impression would be that of Tesla rival, Hyundai plans to cater to the mass market and not compete in the luxury electric vehicle segment. The electric car portfolio of the Korean car maker will include super compacts, hatchbacks, sedans as well as crossovers.

Is this the new 2016 Renault Fluence?