Hyundai launched the LPG model of its popular model Accent recently in India. The new Hyundai Accent Eco comes with a special ‘Torodial’ design that allows intelligent use of the space inside the car for luggage. In India, a large boot space is always important along with fuel efficiency. Hyundai has just managed to achieve to deliver the best package of fuel efficiency clubbed with roomy interiors and a large boot space. 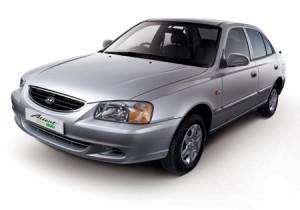 The new LPG variant is factory fitted and is approved by the Department of Explosives (DoE) and the Automotive research Authority of India (ARAI), the country's premier automobile testing and certifying authority. The new Hyundai Accent Eco is powered by 1500cc petrol engine with five speed manual transmission. It is Rs. 35,000 more expensive than its petrol model and can run on both petrol and LPG.

Hyundai also has the CNG variant of Accent apart from its petrol and diesel models in India. The mid-sized popular sedan from Hyundai stable is already known for its perfect blend of design and excellent interiors. Apart from being a cool luxury sedan with plush trims laden with luxurious upholstery, door trims and console, the CNG variant is also powered with the 1.5L petrol engine that features state of art microprocessor and multi-point fuel injection. It is a 1.5 SOHC in-line 4-cylinder engine that delivers 94PS of power and 12.5 kgm of torque resulting in a superb ride around the city. The CNG variant has a manual selector that enables the driver to switch between petrol and CNG fuel options. It has a capacity of carrying an approximately 12kg capacity CNG cylinder on-board. The running cost of CNG variant of Accent in the city is approximately Rs. 1.15/km or even less resulting in average savings of nearly 60-70 percent.

Hyundai also has LPG and CNG variants of its other popular hatchback model Santro. Its LPG variant Santro Eco was launched last year in October. This model also uses the ‘Torodial’ design that leaves boot space in the car for luggage. It has separate petrol and CNG tank of capacity 35 litre 27.2 liter respectively. LPG system in Santro eco enjoys full two-year manufacturer warranty benefits, thus ensuring enhanced safety for the customers.This is the lowest greenhouse gas emission as it emits lower CO2, as compared to the petrol or the diesel version.

Hyundai also has its latest hatchback models i10 and i20 in India but they are available in only petrol and diesel versions. The sale of Hyundai CNG and LPG variants account for nearly 16 percent of its total sales figures. The alternative fuel models see maximum demand in Southern India.

All the CNG and LPG kits for Hyundai are provided by CEV who is a Korean supplier or repute. It is also responsible for fitment of these kits in all Hyundai cars. LPG kits are fitted at Hyundai’s Chennai unit at Sriperumbudur. CNG kits are fitted in Delhi and other cities where the CNG is available. Hyundai Group is preparing to invest nearly $6 billion in 2009 on developing eco-friendly cars for its global as well as domestic models.