Hyundai Motors India Limited is planning to launch the i20 CRDi diesel model in India. The model has already been spotted doing test drive near the Chennai plant. The company may launch either of the two options of the 1.4L CRDi diesel engine producing 75PS or 90PS. The new model is expected in the showrooms by sometime in July 2009. However, there is no official statement from the company so far regarding the launch, specifications or the price. 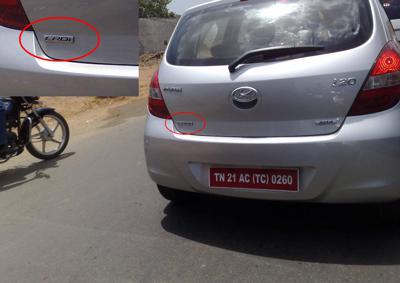 Honda has recently launched its small car model Jazz in the Indian market which has been perceived as an over-priced model. On the other hand, i10 and i20 have been well-received in this segment and a new diesel model of Hyundai’s premium hatchback will lend the much needed leverage in the sales. The new CRDi model is expected to be priced nearly Rs. 70,000 to Rs. 100,000 over and above the existing price of its petrol variant.