Ford has emerged as the new dark horse in the Indian automotive circuit. In recent times, Ford has been competing across SUV, hatchback and sedan segments. Improved technology, efficiency and reliability has boosted the sales for the company. Auto Expo events have been known in the past to generate good amount of sales. The event provides with a great platform for new launches and Ford intends on banking over this factor to showcase its upgraded fleet of cars. 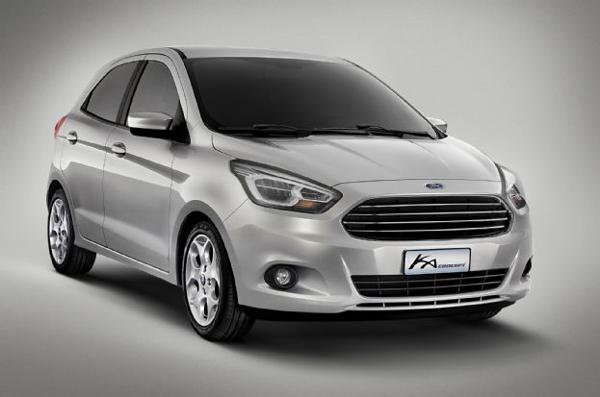 Ford's concept car B562 commonly referred to as Ford Ka concept, was recently unveiled at the Brazil automotive event. This concept car is expected to be this year's show stopper for Ford. As per sources the car is expected to be powered by either a 1.0-litre three-cylinder petrol, a non-turbo version of the EcoBoost, or a 1.5-litre turbo diesel. Speaking about the concept car, officials from Ford stated, “a sleek, compact hatchback that features bold design, quality engineering and innovative technologies that envisions a new choice for entry-level urban consumers in Brazil and other key markets around the world”. It is also said that the car borrows the hexagonal broad front grille from the current line of Ford cars. The headlamps have been raked-up and the body features smooth flowing curves.

As per sources, Ford's is planning to unveil its upgraded version of Endeavor during the upcoming Auto Expo event. The SUV is based on the Ford Ranger pick up truck platform. The body on ladder frame of the car makes it strong and rugged for all off-roading activities. Engine specifications have not been revealed for now, but it is expected that the SUV may feature turbo-charged diesel engines. Moreover, it is also said that a new hexagonal grill may be used for the new version. The car is expected to be launched in 2015, but it is anticipated that the manufacturer may showcase the expected version during the upcoming event.

Apart from these, Ford may showcase its new Ecoboost technology that it had been speaking about for a while now. The technology may be embedded in the new line of hatchback and sedan segments.

A wrap of all upcoming 2014 diesel cars