Nissan, on July 15th, introduced the Datsun brand in India by unveiling the Go hatchback. There was tremendous buzz and enthusiasm during the showcase of Datsun's first car among the Indian auto aficionados. Nissan plans to target emerging markets like India, Russia and Indonesia by introducing its low cost vehicles, with Datsun Go being the first among them. Carlos Ghosn, Chairman and Chief Executive Officer of the Renault-Nissan alliance, was quite upbeat and positive about how the Datsun go will fair in the Indian market. 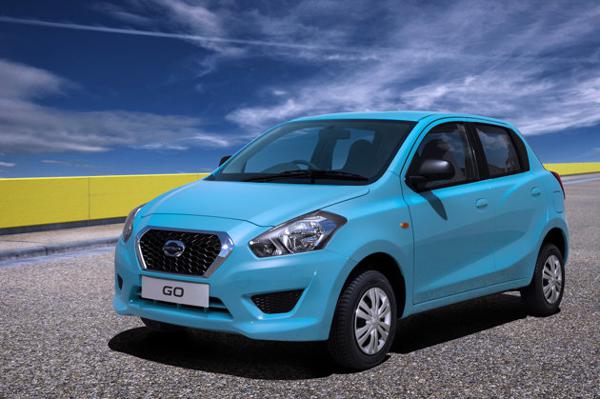 Interestingly, the model unveiled was frost blue in colour and the same was used in the press releases and promotion videos. If one can recollect events in the past year, the launch of the Maruti Suzuki Alto 800 also involved a blue coloured car. Not only this, the same colour variant was displayed in communication videos, press images and television commercials. Industry, experts, as a result, are drawing a comparison between the Maruti Suzuki Alto 800 and the Datsun Go hatchback, given the similarity in colour.

Nissan, the Japanese auto maker, is targeting the middle class buyer segment with the Datsun Go, a model that is efficient as well as affordable. It is expected that the same buyers would be the ones who have purchased the Hyundai Eon, Hyundai i10 (base variant) and the Maruti Suzuki Alto 800. Datsun is applying an aggressive pricing strategy for the Go hatchback, in order to lure customers who are currently buying other models in the compact car segment.

Industry experts feel that this ploy, of using the same colour, is Nissan's strategy to change the mindset of a prospective buyer. Nissan's strategy of projecting the Datsun Go as an alternative to the Maruti Suzuki Alto 800 is not going to be limited to the colour. Their whole marketing strategy, including promotional videos and advertising campaign is going to be modelled around the segment leading model, Alto 800. This premise can be confirmed by a lot of steps taken by Datsun in the car's promotion.

Similar to the promotional video of the Alto 800, Datsun Go was also seen being driven by young people, who are aged from 25 to 35 years. Also, the company has composed an interesting song for the vehicle, which includes the word 'Dat'. Earlier the same idea was implemented in the ad campaign for Maruti Suzuki Alto 800, which used phrases like 'Khisko' and 'Let's Go', which rhymed with the name of the car.

Industry experts are predicting a big tussle between the two models, which will see more and more innovative strategies being put to use. Nissan, in its attempt to revive the Datsun brand, is using an aggressive marketing strategy, which might trigger a response from Maruti Suzuki Alto 800 as well.