In the recent ranking of global CEO's conducted by 'WorldofCEOs.com', the Chairman of Mahindra Group, Anand Mahindra is positioned at No. 3. The list is headed by the Founder and Chairman of Virgin Group, Richard Branson, which was then followed by Jeff Weiner, CEO of LinkedIn. As a matter of strange fact, the Mahindra Group Chairman happens to be the only Indian to come up in this global tally. He was placed ahead of Google Executive Chairman Eric Schmidt and Yahoo CEO Marissa Mayer. 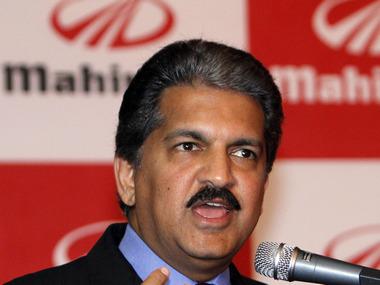 This is the second time in the year 2013 that Anand Mahindra has been ranked on a global scale on social media. In May 2013, his Twitter account was recorded fourth in the 'Top 25 CEOs to Follow on Twitter' by a blog named 'CEO Guru'. WorldofCEOs.com uses media analytics firm Klout's metric-based measure, Klout Score, to calculate the rank sequence after looking at variables such as followers and involvement across multiple social networks, including Twitter, LinkedIn and CEO blogs.

Mahindra's Klout score was 81 of 100 which is a good increase from the earlier 76. His Twitter handle, @anandmahindra, has been reported to have over 838, 000 followers and follows nearly 133 people and companies, including Tata Group's Ratan Tata, Karl Slym, Dia Mirza and Aamir Khan. His tweets are famous for its 'lively accounts with a lot of regional and emerging markets flavour.' To develop the final list sheet, the Klout score was combined with the qualitative factors, such as which CEOs create true value added content as determined by the users.

The value add by a number of CEOs was estimated in terms of originality and positive impact on the corporate world and application to their own companies. WorldofCEOs.com are deliberately biased towards those section of CEOs, who made active and consistent contribution to the leadership agenda as well as furthering the cause of social media over time.