Aston Martin is looking to introduce an entry level version of its flagship DB11 by plonking a Mercedes-AMG sourced V8 in its grand tourer. The V8 powered DB11 is likely to make its debut at next month’s Shanghai Motor Show. 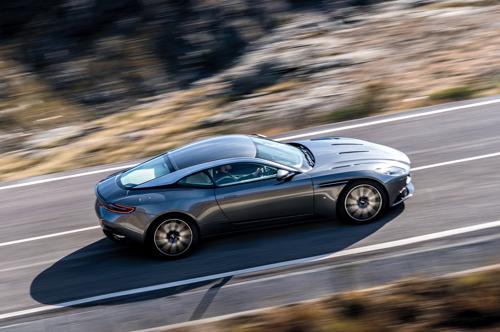 This downsizing move for an entry level DB11 comes as a part of Aston Martin’s agreement with Mercedes. The deal involves co-development of powertrain between both the manufacturers. The DB11 already make use of Mercedes’ electronic architecture. The 4.0-litre V8 which does its duty in the AMG GT will produce about 532bhp under the DB11’s hood, which is around 80-90bhp less than the twin-turbocharged V12 brethren. Given the lesser number of cylinders, the V8 DB11 will be significantly lighter and sprightlier than the beastly V12, resulting in an on par performance despite being lower on power output. However, on the outside, both the V8 and V12 DB11 will look identical in appearance. Yet the V8 model will be a lot more affordable than the opulent V12.

The Shanghai debut of the V8 DB11 is justified since China  the second-largest market for Aston Martin in the world. Plus, the under-4000cc engine will also cut down on the local taxation thus making the V8 a much more attractive choice for supercar buyers there. When launched, the V8 DB11 will enter into a direct fray with the Bentley V8 Continental GT.

2017 India Baja to be a Dakar Challenge event