Japanese car maker Honda seems to be preparing for the launch of a reworked version of its premium hatchback Jazz in the Indian auto market. Sources close to the development process stated that the model will be brought to the country in second half of 2014. Due to be revealed in Japanese showrooms in September 2013, this new Jazz is anticipated to create a buzz among the Indian auto aficionados. 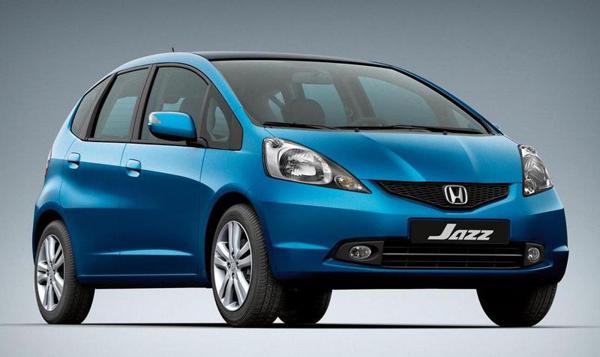 Taking inspiration from Honda's new 'Exciting H' design language, the new Jazz will have some features common with the Insight hybrid. The back portion comes with a lighter design that goes till the top of the tailgate, where bumpers at both ends will provide large ports, having fog lights and LED running lights in the front as well. Speaking on the same, the Designer, Toshinobu Minami was quoted as saying, “We wanted a more emotional contrast in the design. The character line captures the contrast of a round shape being pierced. The back end is sportier, the hood more pronounced. The interior isn't plastic at all.”

A considerably large central display screen and touch sensitive control system are also expected to be present in the cabin, both taken from the Urban Sports Utility Vehicle (SUV) concept. With the car switched off, the central console comes up as a plain sheet of black glass. After the car systems are turned on, the fine front display and associated controls come to life, with provision for temperature, manoeuvrings and sound. Alongside considerable effort, the auto maker has also used better materials to enhance the simple layout of the upcoming model.

For the engine, the new Jazz is a big engineering achievement for Honda, with the Hybrid version claiming an overwhelming mileage under the Japanese testing system. The new regenerative braking system also complements the engine to achieve its targeted efficiency numbers. It is to be also noted that the Japanese system for determining fuel mileage is more lenient compared to other markets. There is a 1.5 litre Atkinson engine fitted in the Japanese model, clubbed to Sport Hybrid 7-speed dual-clutch auto with a high-output electric motor and Intelligent Power Unit.

According to Honda, the package is good with 134 bhp and 182 Nm of torque, again bettering earlier values of 97 bhp and 167 Nm, respectively. Other versions in the new Jazz line-up will be powered by the port-injected 1.3 and direct-injected 1.5 litre petrol engines, offered with manual and automatic transmissions as well.

Mercedes-Benz ranked 1st in the 'India&Ocirc;&Ccedil;&Ouml;s Most Admired Companies' survey