Ford, the American automaker, launched the new Figo hatchback in the country in 14 with some design upgrades and mechanical modifications. It is one of the most awarded hatchbacks in the country, thanks to its no non-sense design and impressive drivability. Until EcoSport was introduced, the Figo was the top-selling Ford car in the country. The hatchback directly competes against the likes of Chevrolet Beat, Maruti Swift hatchback, Honda Brio and Hyundai Grand i10.

First introduced in 2010, the Chevrolet Beat hatchback has been among the top-selling cars for General Motors in India. The company had launched the major facelift of the Beat in 2014, which received significant changes to both inside and outside.

Since both the vehicles received updates in 2014, here’s our brief comparison between the updated models.

The Chevrolet Beat facelift comes with the same overall design as the previous model. Talking about styling, the small car has new two piece chrome grille with Chevrolet bow tie logo, flanked by large headlamps, and newly styled triangular shaped fog lamps. Other changes include roof rails and a roof mounted spoiler. The side profile gets new wheel arches and body coloured door handles and outside rear view mirrors. Inside the cabin, the small car has revised dashboard; however, the overall design remains the same. There are various cubby holes for storage. Features on offer are air conditioning, three-spoke steering wheel, adjustable headrests, audio system with CD/MP3 player, USB and Aux-in support, etc. 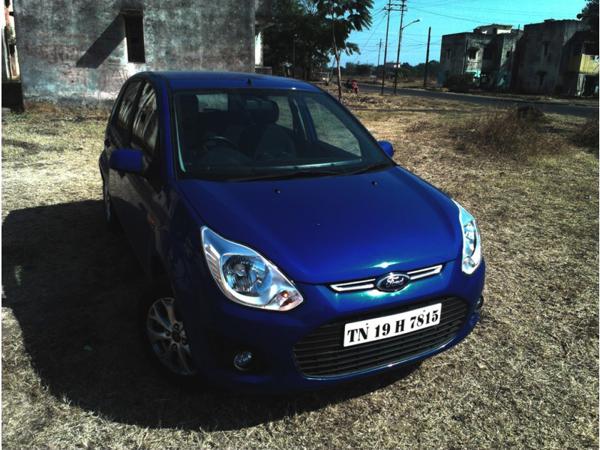 Talking about the Ford Figo, the small car gets new curves and styling elements that add some sporty touch to it. Upfront is the new bumper, hexagonal grille, newly styled headlamps and rounded fog lamps. Moving towards side, the car has new side panels, body coloured side view mirrors and door handles, and the new 8-spoke, 14-inch alloys. Inside the cabin, the vehicle gets new colour scheme that adds to its styling. There are new kinetic Blue shade sketches on dash, while the seats get new upholstery. It comes with adjustable headrests, multi-functional steering wheel, climate control, good quality audio system with CD/MP3 player, USB and AUX-in support, several storage compartments, etc. 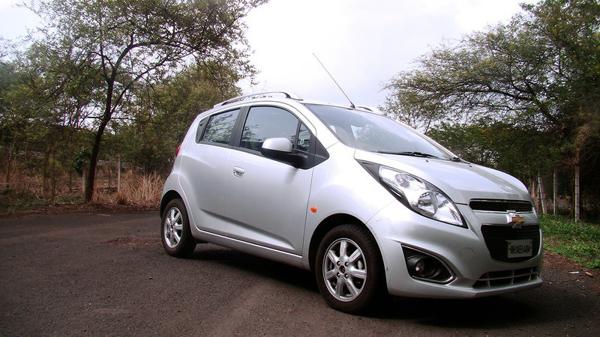 The Ford Figo hatchback is available in both petrol and diesel guise. While the petrol unit is a 1.2-litre Duratec engine producing 70.03bhp at 6250rpm and 102Nm of torque at 4000rpm, the oil burner is a 1.4-litre Duratorq motor that is good for 68.05bhp and 160Nm of torque. Power is transmitted to the front wheels via a five-speed manual gearbox. On the other hand, the Beat gets a 1.0-litre motor producing 57bhp and 150Nm of torque. The gasoline version is powered by a 1.2-litre motor that produces 79bhp and 108Nm of torque. Both the engines are paired to a five-speed manual gearbox that transmits power to the front wheels.

The Chevrolet Beat is one of the most stylish compact hatchbacks, currently, available in the market. It’s also one of the most fuel efficient cars in its league; however, it lacks performance. The Ford Figo, on the other hand, is a real fun-to-drive car, offers more spacious cabin than the Beat, but lacks on fuel efficiency front.