Ford Motor Company has created ripples in the automobile industry with its inflatable safety-belt technology. After launching this new car technology in its own models, Ford is looking forward to offer this to other automobile manufacturers for implementing it to their own cars. Apart from this factor, the company is also offering to launch this automobile technology to other industries for the encouragement of this new tool for expanded adoption. Indeed, this new technology might be of immense help to avert fatal accidents not only in cars, but at other places as well. The new technology might come of great help once launched in all Ford cars in India as the India traffic conditions pose a more dangerous threat to drivers. 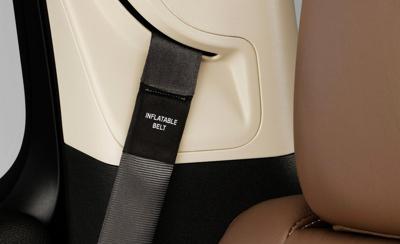 The new car technology was launched by Ford in the outboard second row seats of Explorer in 2011. Currently, the feature is provided in MKZ, the Lincoln MKT, Fusion Flex and the Explorer. Also, the upcoming 2015 Ford F-150 pick-up will be provided with this automobile technology. Even though it is not known yet officially, Ford cars in India might feature this technology soon, owing to its growing demand in the Indian driving conditions. Ford also claims that the technology has been developed in such a way so as it is able to fit in other modes of transportation as well. Commenting on this aspect, Ford has said that it looks to get the new technology implemented in aircraft, boats, military vehicles as well as other forms of transportation.

Now, the biggest question that might linger in your mind is what the use is of this inflatable seat belt. An inflatable is almost identical to a normal seatbelt when it comes to the appearance. However, the shoulder strap is slightly thicker owing to the fact that an airbag is towed into it. Ford has claimed that 90 per cent of the people who went through the testing phase of the belt felt that it was more comfortable because of the extra padding. The bag is capable of braking through the stitching of the belt in a mere 40 milliseconds and gets deployed across the torso of the occupant, thus increasing the distribution forces by nearly five times of that of a normal belt. This might be helpful to save the occupants upper torso and keep them intact in fatal crashes. The safety aspect of driving has been taken to the next level by Ford and it is expected that other industries will adopt this technology soon.

Importance Of Chip Tuning In Cars