Autonomous or driverless vehicles are the self-driven vehicles that drive without any human inputs or supervision. The driverless cars, however, are in their development phase, might change the future of automobile world.

These vehicles might have a positive impact on environment as well. Driving at constant speeds, on efficiently selected routes, with less braking, acceleration and lower carbon emission will certainly make them potential alternative to conventional vehicles.

The automation of cars is expected to be more progressive and closer to the regular vehicles. However, incorporation of autonomous vehicles into existing regulatory frameworks, cyber risk and safety are major challenges for both the researchers and manufacturers.  What will make the driverless cars more viable and safer, under certain driving conditions, are the Advanced Driver Assistance Systems (ADAS) and networking features. Major tech firms like Apple and Google are working on mobile operating system for cars that will also aid to safety aspect of autonomous cars. 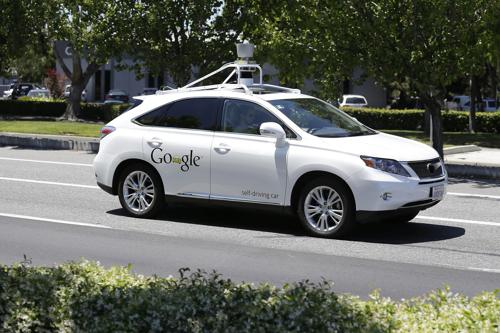 The ADAS combines various safety features that include -

Adaptive Cruise Control (ACC): Unlike the conventional cruise control, the adaptive cruise control is new car technology that maintains a safe distance from the vehicle ahead. It detects obstacles in front, using a radar, camera sensor or laser at front, and slows down a car’s speed.

Lane Keeping Assist: Using infrared or laser sensor or video sensors, usually equipped around the windscreen, the lane keeping assist system perceives that the vehicle is driven very close to the laser field, and warns the driver to come back in lane. Autonomous vehicles will be equipped with lane keeping assist technology.

Automatic parking: The automatic parking sensor, mounted on front and rear bumpers, will enable the driverless cars to park themselves in parking spaces. This technology, however, isn’t available on commercial level and might take 5-10 years more. It’s quite relevant to driverless vehicles.

Autonomous Navigation Systems: This system will help the driverless cars in selecting routes to a destination. It will lead the car and even change the routes on basis of traffic conditions and other factors. This automobile technology in cars will certainly solve the traffic problem and ease transportation.

Diesel Saving Fuel, How About Money?