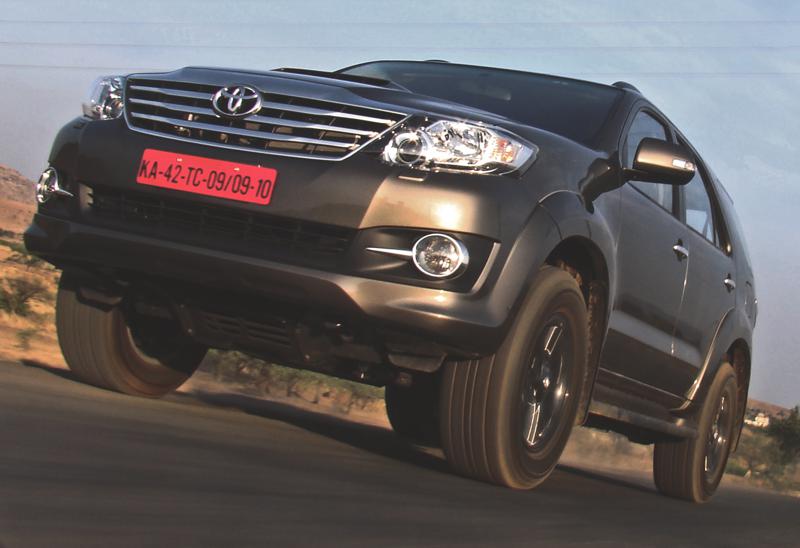 Toyota Fortuner has always been one of the most popular options for anyone looking for a sub-Rs 30 lakh SUV. Great presence, superior performance and low maintenance are the key reasons. To maintain its lead over staunch rivals, Toyota has updated the 2015 Fortuner.

The exteriors and interiors have been revised but the main highlight has to be the introduction of automatic transmission in the 3.0L 4x4 variant, something that many customers have been asking for. With this new update, the Fortuner looks all ready to kick dust on its competition? We reveal. 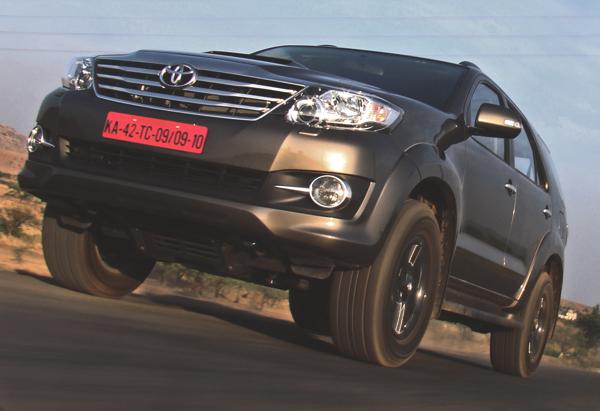 When it comes to pure street presence and macho appeal, there is nothing better than the Fortuner. With its gigantic proportions and I-am-gonna-get-you attitude, it comes across as the most handsome of the lot. The new changes make the Fortuner look smarter.

It gets smoke finished headlights along with silver bezel fog lamps as part of the upgrade. The generously wrapped in chrome radiator grille continues to leave a strong impact. It carries the same front bumper design as the earlier version.

Finally, my wish of dark alloy wheels on the Fortuner comes true with the new 12-spoke version and it seriously looks badass. Toyota has also introduces a new Bronze Mica metallic shade to make the Fortuner look meaner than usual. The new colour shade is truly the best as it highlights the brutal side of the mammoth SUV. The new smoke finish theme also continues on the rear tail lights without any change from the 2012 upgrade.

If there is anything in abundance other than its attitude, it has to be the interior space which is amazing. The 2015 version gets an all black finished dashboard as the one earlier looked too similar to that of the Innova.

It gets a new touchscreen entertainment screen with navigation, which also features voice control. Apart from this, it gets a simple instrumental cluster showing the essential information. There is a slender information display above the central console which shows vehicle statistics. One can pair smartphones, IPod using Bluetooth telephony, USB and Aux-in connectivity.

Front row and the second row passengers cannot possibly complain about the legroom as there is plenty, however, the comfort in the second row seats is not as impressive. The third row seats are decent if not the best place to be. Fold the last row and it frees up a sizeable space for extra luggage. Apart from the large boot, there are lots of storage options across the cabin, on the central panel as well as on the door trims.

The 2982cc turbocharged diesel power mill continues to generate 171 PS of power at 3600 rpm. It makes a healthy torque of 360 Nm between 1400-3200 rpm. The five speed automatic transmission has been carried over from the 4x2 variant and works like any conventional torque converter unit.

The automatic transmission is not the quickest of the lot especially with its laid back response in shifts but that is only if you drive it in a hurried manner. Unlike others, there is no manual shift option in this variant. On city roads, the unit tends to act confused with its random shifts but on highways, it does its job well. The additional weight of the AT unit doesn’t affect the 4x4’s performance.

It is huge in proportions but driving inside the city is not a pain with its quick manoeuvrability. It has a turning radius of 5.9m. The steering feels light at low speeds. Controlling it in traffic clogged areas is not a task as even the braking feels a lot more confident.

It is one of the most reliable vehicles on the highways. The tall ride position and a higher ground clearance make it possible to drive almost over anything. The suspensions are tuned for a soft ride and thus it does tend to swing and roll especially while taking sharp turns. The one on the front row seats might enjoy it but the one seated behind often end up complaining about the same.

The 4x4’s off-road potential is amazing, as it also gets a dedicated low-ratio gearbox. We did manage to throw it on some challenging surfaces playing around with the low-ratio box; the SUV took it all without any hesitation. Enthusiasts would love this but not the cozy comfy seekers as there is no shift-on-the-fly option but a dedicated lever to make it compatible for different ratios.

With the 4x4 AT, Toyota has refreshed the Fortuner to make it float above the rest only till the next generation substitute arrives by end 2015.