If you thought it's recession times and people are keeping their purse strings tightened, think again! 1957 Ferrari 250 Testa Rossa has gone under the hammer for a record breaking US $12.1 million. This makes it the world’s costliest car so far. Till now, the rare 1961 250 GT SWB California Spider which went for a record US $10.9 million was the most expensive car sold so far. The Testa Rossa now becomes the costliest car being sold at auction in the global market. 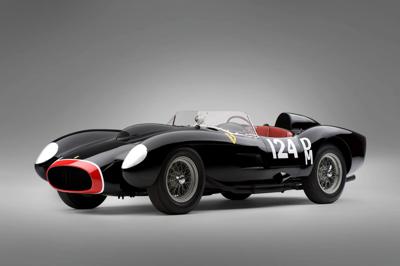 The car has been bought by an unknown bidder at the famous Leggenda e Passione auction in Maranello. The immaculate V12 racecar won an impressive 10 out of 19 races between 1958 – 1961 and was ear marked as a potential record-breaker even before the auction started.

"Ferrari prices have absolutely defied gravity for the past few years," said McKeel Hagerty, CEO of Hagerty Insurance, a company that insures high-value collectable cars in Europe and North America. Ferrari has made only 22 of the 250 Testa Rossa race cars. The car sold at auction first hit the race tracks in 1958 at Buenos Aires 1000km race where it bagged the fourth position.