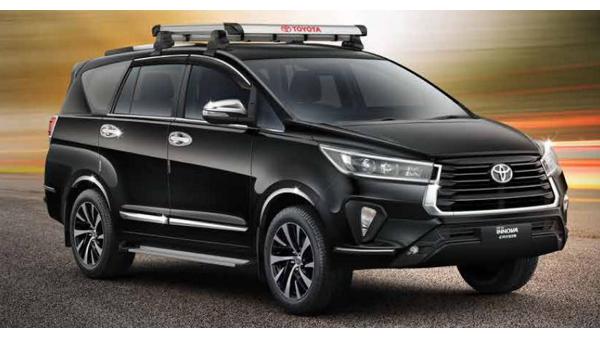 The Innova Crysta facelift was launched last month with subtle cosmetic changes and addition of new features on the inside. With the new look, the Crysta can be personalised further with a host of new accessories launched by the car-maker. We give you details of the available fittings for the new model. 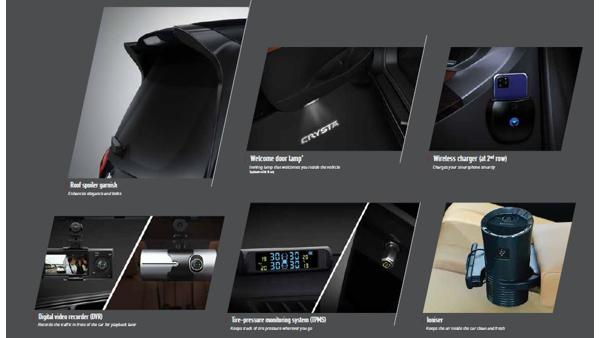 While there are few utilitarian equipments on the list, one can customise their car with highlights such as illuminated scuff plates, roof rails, and chrome inserts on door handles, door visors, side moulding, license plate area, and tail lamps. To increase the overall practicality of the MPV, there is a roof rack, auto folding mirrors, fore-and-aft bumper protectors, and side step on offer. The rear of the Crysta will mostly remain unchanged apart from the decorative bling which includes rear door, bumper and spoiler chrome garnish, and a rear bike protector guard. 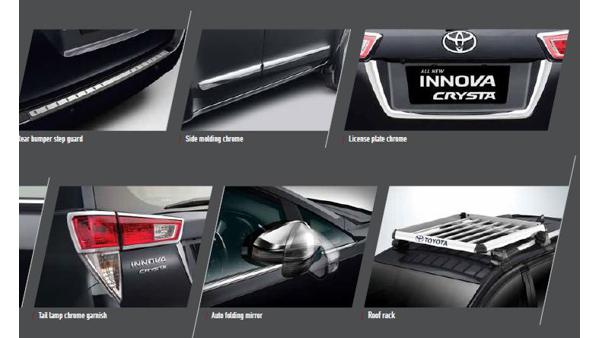 On the inside, the top-spec variants are fitted with new Camel Tan (beige) leather seats. The optional fitments include a wireless charger for the second row, an air ioniser and a useful tyre-pressure monitor system. While all these are equipped as standard on the top-spec variants in the international markets, Indian buyers have to pay a premium price. Another value accessory is the windscreen mounted Digital Video Recorder (DVR) useful for recording the traffic in the front with a playback function in case one meets with a mishap.

Apart from the visual changes, the mechanicals remain the same with a 2.4-litre diesel and 2.7-litre petrol engine mated to a five-speed manual and an automatic torque converter transmission. The bookings for the Innova Crysta have begun at dealerships as well as online on the company’s official website.

FCA to establish a Global Digital Hub in Hyderabad