Tata Motors, the country's largest automobile manufacturer, is working towards the launch of 2013 Nano facelift model in the domestic car market. The new Nano was recently unveiled by the company at the launch of its Horizonext customer focused strategy along with newer versions of Indica, Indigo eCS, Sumo Gold and Safari Storme. From the first impressions, it seems that the revamped Nano has been blessed with many premium modifications. The new updated Tata Nano range is expected to hit company's nationwide dealerships by July 2013. 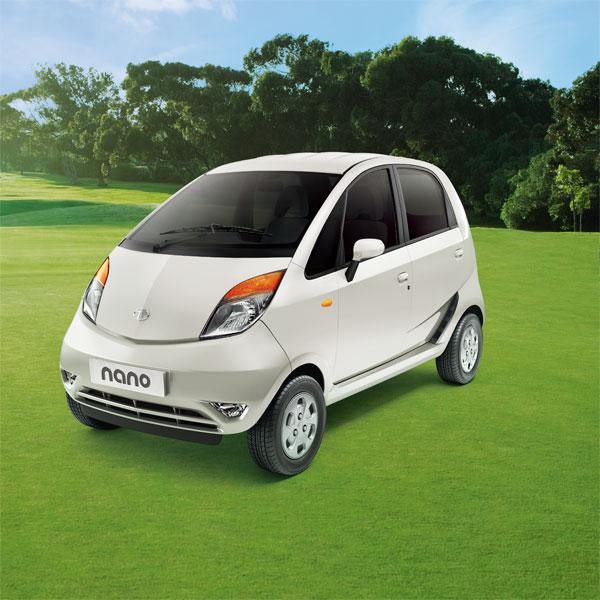 As per industry sources, the 2013 Tata Nano facelift would be available in three new colour options along with updated interior and exterior design. The company is expected to continue with the same naming convention, according to which Nano Standard, Nano CX and Nano LX trim levels would be offered in the market. At the Horizonext event, Tata Motors also pulled the wraps off special Nano Personalisation Kits, namely Peach, Remix, Jet and Alpha.

Speaking of changes in exterior design, the upcoming Nano model gets redesigned front and rear bumpers with chrome strips. The side profile seems more or less the same but front fascia and tailgate have certain modifications like new front grille, remoulded bumpers and larger air vents. The interior setting flaunts some real changes and looks more refined and premium. For instance, now there is a much thoughtful closed glove compartment provided in the car, besides modest usage of quality fabrics in seats and upholstery. The top-end Nano LX trim gets an integrated 4-speaker AmphiStream music system with CD, MP3, USB, Aux-in and Bluetooth functionalities.

Coming to under-the-hood specifications of the 2013 Tata Nano, the entry level sub-compact car will be powered by the same 624 cc engine that is fitted in its present model. This frugal power-mill develops a top power output of 38 bhp and delivers an impressive fuel efficiency of 25.4 kmpl. Further, The Tata Nano LX trim would also feature a keyless entry system. Tata Motors will also lure Indian buyers with a 4-year or 60,000 km (whichever is earlier) warranty on its upcoming improved Nano range. It is anticipated that the revamped Nano range could carry slightly inflated price tags.