Mercedes-Benz, the well appreciated German auto maker, seems to be preparing for the launch of a diesel version of its B-Class premium hatchback in the Indian auto market. Sources close to the development process have revealed that the diesel model will be equipped with the same 2.2 litre four-cylinder engine, which powers the recently introduced Mercedes-Benz A-Class. It must be noted that the B-Class model was launched during last year, but was only launched in the petrol guise. 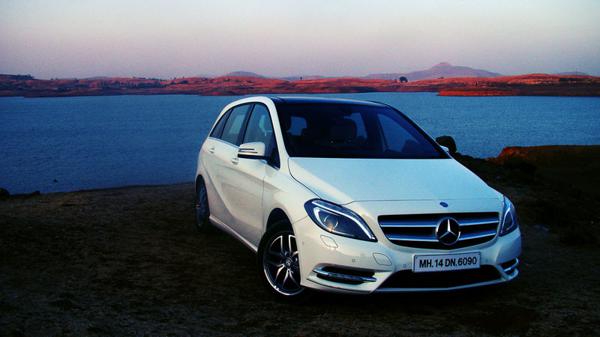 Interestingly, this 2.2 litre diesel engine will be also soon equipped under the hood of C-Class and the E-Class models. However, the engine of A-Class produces 108 bhp as its maximum power, while the Indian spec C-Class and E-Class models produces 170 bhp and 203 bhp for the respective diesel variants. Owing to the less output, the engine of A-Class premium hatchback offers a class leading fuel economy of 20.06 kmpl.

Reportedly, the diesel variant of B-Class will be named as B180 CDI and is expected to be priced less than its petrol variant. The diesel engine of B-Class will churn out a maximum power of around 105 bhp, with a highest torque of 250 Nm. Along with, the engine will come mated to a seven-speed dual-clutch gearbox, which will channelize the output to the front wheels of the car.

Industry experts are of a view that the launch of a new model in the Indian auto market will surely lead to fortunes for the German auto maker. Also, Indian auto enthusiasts are eagerly following the launch of B-Class Diesel as it has been much hyped news from quite a time now.