“The Devil” is the name of the official car of the US President Barack Obama. Auto major Mahindra and Mahindra stated that it can develop a similar car on the lines of “The Devil” for country’s political leadership, if facilities existed. 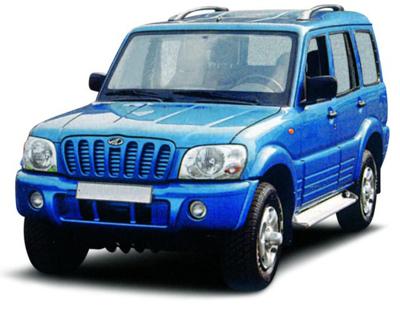 "I saw the diagram and it had complete details of President Obama's Cadillac limousine. If this facility exists then we would be proud to make such vehicle not just for the Prime Minister but for any VIP," Mahindra Group Vice Chairman and Managing Director Anand Mahindra told reporters after inaugurating the Special Military Vehicles (SMV) plant in Faridabad near here.

M&M has already developed armoured Scorpios for the VVIPs in India. It has also exported five armoured Scorpios to Sri Lanka as well which form a part of Presidential fleet in the country. Currently eight Chief Ministers in India also use the armoured Scorpios as their official vehicle. The company plans to expand its operations of manufacturing armoured vehicles for the neighbouring countries as well. "We are reaching out to friendly neighbours. We will be looking at them. In 8-10 years, we can set up similar facilities there. We are already looking at setting up similar facilities in some parts of Africa," said Mahindra Defence Systems Chief Executive Brigadier (Retd.) Khutub Hai.