The Japanese automaker Nissan will be showcasing its technology prowess at its pavilion as Eporo Robots, which have been designed to travel in a group that replicates the pattern of a school of fish that are avoiding obstacles without colliding. This technology is a part of Nissan’s autonomous drive. The other Nissan products will be the two Twenty20 World Cup limited edition models of the Micra and the Terrano. 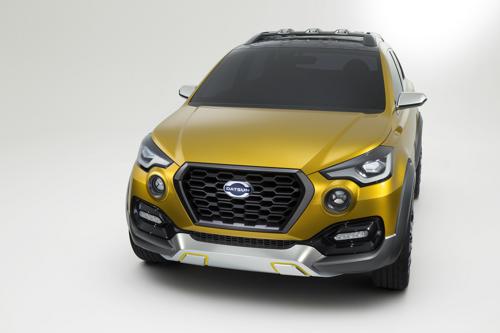 As a part of the ICC World Twenty20 2016, Nissan will be having a cricket zone as well. The Datsun brand will showcase the Go-Cross concept as well at the Auto Expo. This was showcased at the 2015 Tokyo Motor Show and it will be making its Indian debut as well. This concept is based on the Go Plus and it will be launched sometime this year itself. The Go-Cross will be a seven-seater compact UV will get rugged exterior and interiors will be stylish.

The Datsun Bluebird 1600 SSS (510) rally car will also be showcased at the 2016 Auto Expo. This was the vehicle that had brought some glory to the company in the 1970s.

Bajaj V to be launched on 1st February