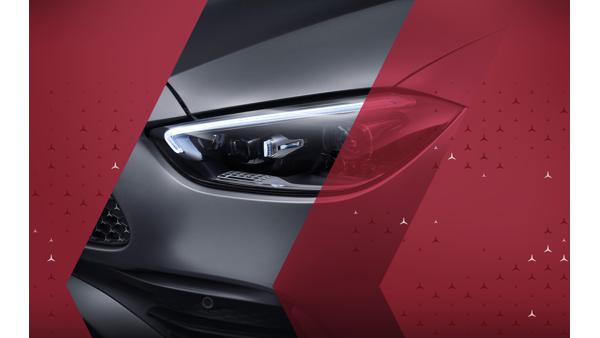 Mercedes-Benz will be introducing the new generation of the C-Class on 23 February in a digital world premiere. Based on the new MRA2 platform, the new C-Class will carry the new family design as seen on the recently updated E-Class.

The test mules of the upcoming C-Class have been spotted on several occasions in the past few months. Based on those pictures, we expect the new model to feature a single-slat front grille and the all-LED light units replacing the old xenon pair of headlights. The side and the rear profile will receive subtle tweaks with a new design for the taillamps. To know more about the upcoming new C-Class, click here.

The new C-Class, following the new E-Class, will be equipped with the latest second-generation MBUX. It is most likely to be repositioned on the centre console. The cabin will also be in line with the updated models in the sedan portfolio. Exact details with respect to the features and safety will only be known in the days to come.

The new C-Class will continue with the same set of petrol and diesel powertrains. A plug-in hybrid and mild-hybrid version could also be available with the updated model. The C-Class in India is also due for an update. Its counterparts have already launched their latest iterations in the form of the A4 facelift, and the 3 Series and 3 Series Gran Limousine. It’s just about the time that the new C-Class steps on the Indian soil, in the coming months.