"Plans include launching a number of commercial vehicles in the light, medium and heavy segments, including a sub one-tonner by December 2009. These are likely to jack up earnings from the commercial vehicle segment and we are looking at a total revenue figure of Rs 10,000 crore by 2011. During 2007-08 the figure was Rs 8,000 crore," said Mr Pawan Goenka, president (automotive sector) Mahindra & Mahindra. 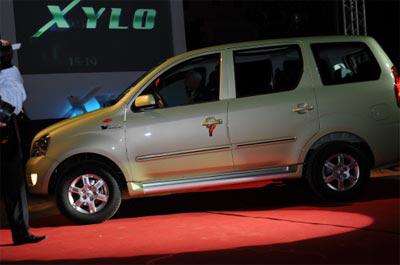 The company also has successful models like Scorpio and Bolero in the passenger vehicle segment. It has recently launched a new MUV, Mahindra Xylo, in India which aims to re-define the long distance travelling in the country.

Mahindra plans for a Hybrid and Electric Vehicles