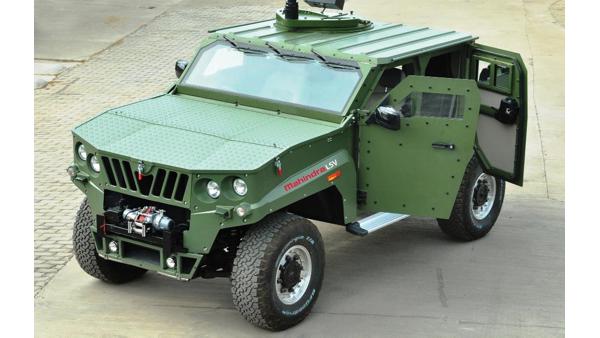 Mahindra Defence Systems (MDS), an arm of Mahindra has received a contract from the Ministry of Defence (MoD) for manufacturing Armoured Tectical Vehicles (LSV) for the Indian Army for their recce and weapon carrier requirements.

Competitive bids were invited by MoD from several Indian Companies and the test vehicles were put through rigorous and elaborate trial procedure in different terrains including high altitude, deserts, and plains. Mahindra states that LSV has been designed and developed by MDS keeping in mind the exact standards and requirement of the Indian Army. The contract is worth Rs 1,056 crore and the vehicles are slated to be introduced in a span of four years commencing from 2021.

S P Shukla, Chairman, Mahindra Defence Systems Limited, said that, “This contract truly signifies success of Atmanirbhar Bharat initiative. It is the first major contract for the advanced armoured tactical vehicles that are designed and developed by private sector in India with intellectual property rights within the country. This contract paves the way for large scale adoption of Indian platforms with indigenous capabilities.”

The LSV is a modern fighting vehicle and will act as a medium of carriage for machine guns, automatic grenade launchers, and anti-tank guided missiles. These vehicles are agile with all round protection against small arms fire and will assist small independent detachments which are required to operate this weapon platform in the operational area.

Volkswagen to deliver over 150 Polos to Hilti India