The wait is about to end as the launch of the much awaited Ford EcoSport model in the Indian auto market takes place at 12:30pm. The LIVE webcast of the launch proceedings can be witnessed here, which means that all the details regarding EcoSport's price, variants and features will be known as soon as they are officially announced. Stay tuned to the webcast below.

Industry experts have opined that the stunning EcoSport compact SUV could possibly play the role of a game changer for Ford India Private Limited, a domestic subsidiary of the American auto maker Ford. The little beast is expected to come with an introductory price tag around Rs. 6.2 lakh for its base petrol trim, whereas its diesel range could start from Rs. 7.2 lakh. The Ford EcoSport is India's second biggest new model launch after Honda Amaze for the 2013 calendar year and would definitely stir the competition in the compact SUV segment. 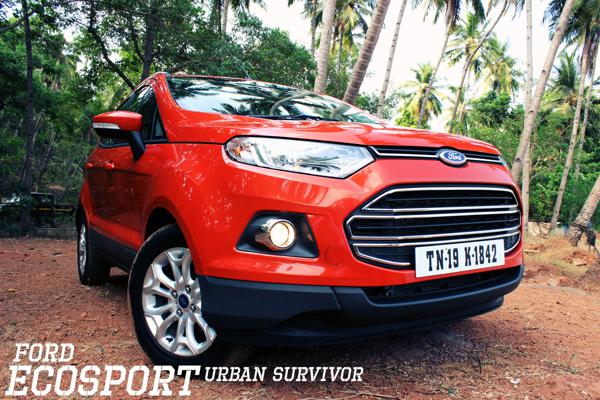 Under its hood, the Ford EcoSport range will have options of three different power-mill options, including 1.5 litre TiVCT petrol, 1.5 litre DV5 diesel and the critically acclaimed winner of the 2013 Engine Of The Year award 1.0 litre Ford EcoBoost petrol. The pint-sized 1.0 litre Ford EcoBoost engine boasts of a class leading power output rating of 123 bhp and delivers an impressive fuel efficiency of 18.9 kmpl.

The new EcoSport could perhaps become one of the country's cheapest compact SUV models and is expected to become Ford's next big volume puller. The sporty EcoSport will be competing against the likes of Renault Duster, Mahindra Quanto and Premier Rio cars in the Indian auto market.