To add up to the already existing line-up of premium hatchbacks for the Indian car market, BMW India is all set to come up with the 1 series premium hatchback in September 2013. After a formal declaration about the same from the President of BMW India, Philipp Von Sahr, sources close to the news media spotted the car on the Indian roads just recently. In straight competition with Mercedes-Benz A-Class that was released just months ago in India, the BMW 1 Series hatchbacks are sure in for a ride. 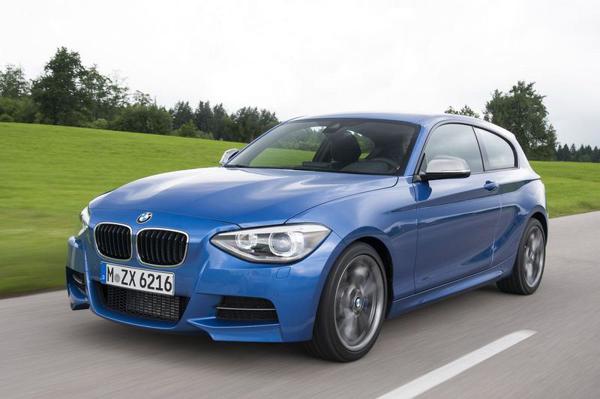 Assembled at BMW India's Chennai facility via the Completely Knocked Down (CKD) route, this hatchback version would be made available in range of engines between 1.6 litres to 3.0 litres for the petrol segment and 1.6 litres to 2.0 litres for diesel ones. With the addition of the upcoming 1 Series, the Bavarian auto maker will be putting its third model on the Indian roads, with two already being put on sale earlier this year.

Sources close to the process stated that the 1 Series hatchback would be the smallest and the least priced model from BMW India, which is to be powered by a 2-litre turbocharged diesel engine. The maximum power expected to be churned out by the engine of this model will stand at 184 bhp, while the peak torque will measure 380 Nm. The 2-litre naturally aspirated engine will have an power output of 150 bhp with 200 Nm of highest torque. In order to channelise the produced output, the engine comes clubbed to an eight-speed automatic gearbox. Interestingly, this present version, displayed at the 2011 Frankfurt Motor Show, features a 'love it or hate it' design attitude.

It must be noted that looking at the first response for the A-Class, which was over 400 bookings within some weeks, there are many among the elite class in India who would not mind shelling out Rs. 20 lakh for a formidable hatchback, provided it reflects some substance. But it also needs to be considered that both BMW and Audi outnumber Mercedes-Benz in Indian car market. And there's Volvo V40 Cross Country too for this fiercely competitive Indian market. From the information received, BMW India has started marketing initiatives for this upcoming car. Under this plan, ten 'lucky' winners would go on a fully funded excursion to explore Germany and will avail an opportunity to get there hands on the new 1 Series, along side cricket maestro Sachin Tendulkar and Indian FIAGT driver, Armaan Ebrahim.