Hyundai i20 in India Makes its Mark

Hyundai Motors India Limited surprised everyone by launching their most awaited model, Hyundai i20, in India in December 2008. The month of December is usually known as the month of low sales. Moreover, with the ongoing recession, Hyundai’s last minute launch took even the dealers by surprise.

The company has launched the new model keeping in mind the Automotive Mission Plan 2016 as projected by the government. The company is furiously working towards making India as a global hub for manufacturing small cars. It aims to have more options in the same segment to capture larger market share. Hyundai is already India’s leading car exporter and second largest car manufacturer. 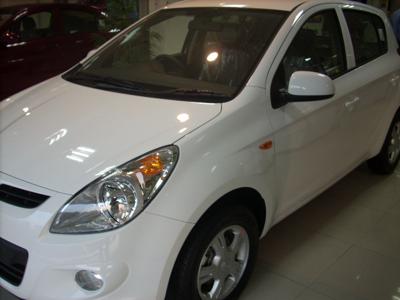 “The i20 is a very important model for us. It is exclusively produced in India, like the i10, and exported to the world market. No other country produces these cars, and both these models are as Indian as they can be, yet ready for a global audience. The i10 is 90 per cent indigenized, and the i20 has an Indian component content to the tune of around 85 per cent. We have proven to the world that global cars can be manufactured in India, and the i20, like the i10, will carry this forward for us,” said HS Lheem Managing Director, HMIL.

Hyundai i20 is already making its mark in the Indian auto market being a premium hatchback model. It will replace Hyundai Getz in the European market but will co-exist with the same in India.